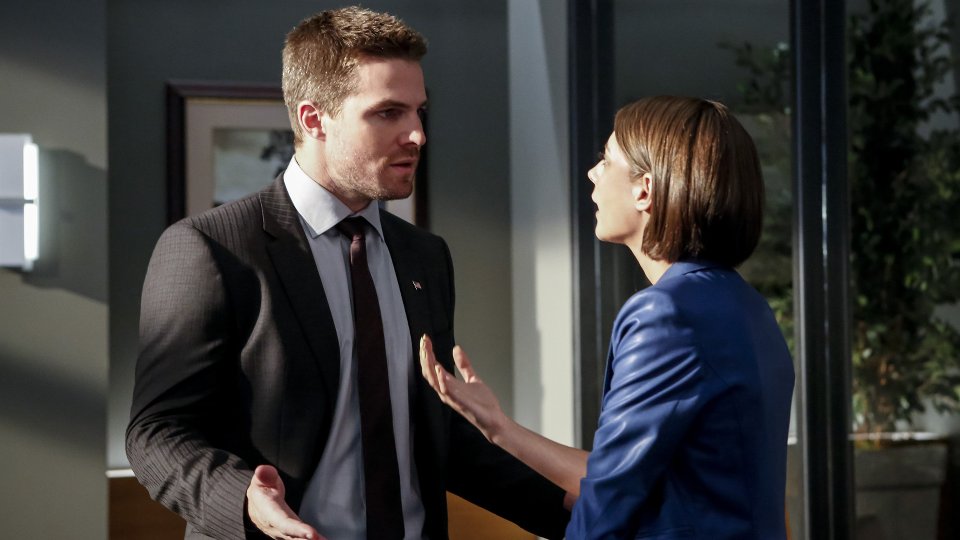 Oliver (Stephen Amell) attempted to juggle his responsibilities as mayor with his job as the Green Arrow on the season 5 premiere of Arrow.

With Thea (Willa Holland) no longer part of the team and Diggle (David Ramsey) back in the army, Oliver struggle to keep order in the city on his own. Felicity (Emily Bett Rickards) suggested that he assemble a new team with the city’s amateur vigilantes.

Oliver was kidnapped by Tobias Church (Chad Coleman) and Thea was forced to suit up as Speedy to save him. Thea realised she couldn’t ever go back to the team again when she learned that Oliver was willing to kill again.

After the ordeal Oliver decided to take Felicity’s advice and Curtis (Echo Kellum) asked to be part of the new team.

The next episode is The Recruits. Oliver recruits Curtis, Wild Dog and Evelyn Sharp to Team Arrow, but the Green Arrow’s training methods prove to be too much to handle.