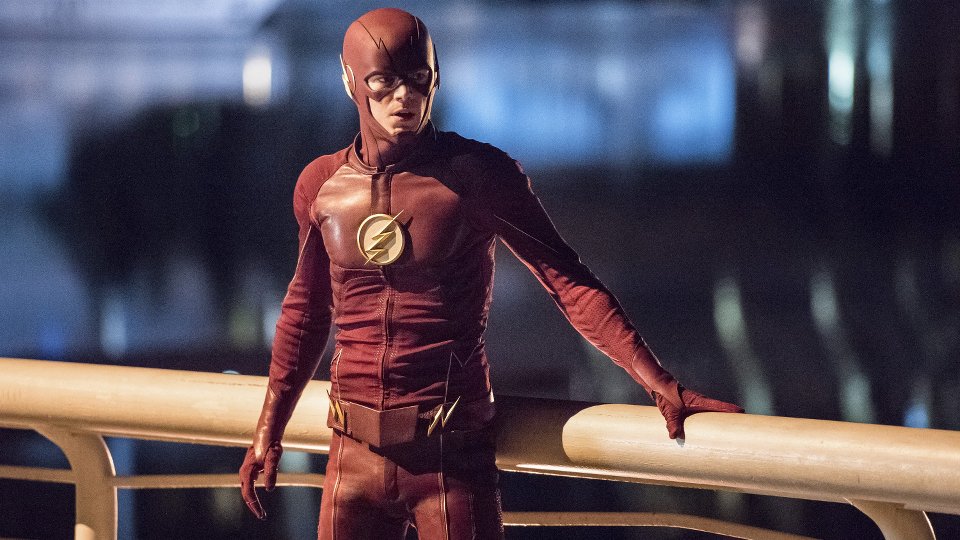 It didn’t take long for Barry Allen (Grant Gustin) to realise the effects of changing the timeline on the season 3 opener of The Flash.

This article contains spoilers about episode 3×01 Flashpoint. If you don’t want to know what happened, we suggest you stop reading now to avoid major spoilers about the episode.

Barry adjusted to life with his parents after changing the timeline and saving his mother in the season 2 finale of The Flash. Everything had changed around him including Joe West’s (Jesse L. Martin) relationship with Iris (Candice Patton) and Wally West (Keiynan Lonsdale) was revealed as Kid Flash.

The Reverse-Flash aka Eobard Thawne (Matt Letscher) was imprisoned in a cage that dampened his speed, to keep him at bay while Barry enjoyed his new life with both of this parents alive. Cisco (Carlos Valdes) was a billionaire tech mogul and Caitlin (Danielle Panabaker) a pediatric ophthalmologist.

A speedster known as ‘The Rival’ aka Edward Clariss (Todd Lasance) was wreaking havoc forcing Barry to step in and help Wally take him down. After Barry started to experience severe side-affects from the timeline change, he make the difficult decision to right the timeline by releasing The Reverse-Flash enabling him to kill Barry’s mother once again.

With the timeline reset, Barry went back to the present to find that meddling with time had caused problems in the timeline that he left. Joe and Iris hadn’t spoken in years and Clariss was being tormented by a mysterious voice who scrawled the word ‘Alchemy’ into a mirror.

The next episode of the season is Paradox. Barry discovers that the effects from Flashpoint are greater than he thought. In the meantime, he meets his new co-worker who has an immediate disdain for him.

Paradox airs in the UK on Tuesday 1st November 2016 at 8pm on Sky 1 HD. Preview it with our gallery below: