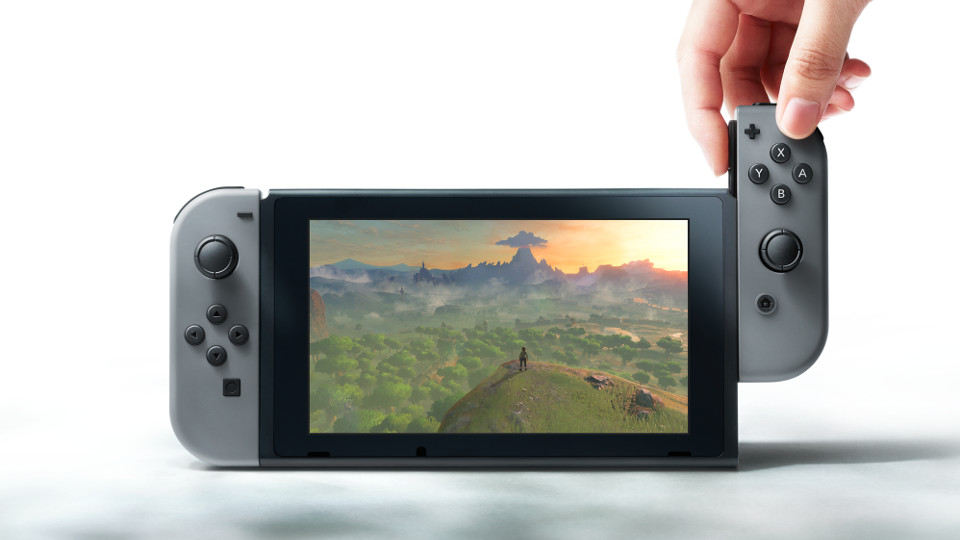 Nintendo have given the world a first glimpse of its new home gaming system via an introductory video. They have revealed that the official name of the secretive NX will be called Nintendo Switch.

After all the rumours we were expecting a consolve/handheld hybrid to be unveiled and that’s exactly what the Nintendo Switch is. It allows traditional big screen console gaming at home but enables gamers to also take their games with them to play on the go.

Nintendo Switch features detachable Joy-Con controllers on each side of the console allowing many different ways to play. One player can use a Joy-Con controller in each hand; two players can each take one; or multiple Joy-Con can be employed by numerous people for a variety of gameplay options. They can easily click back into place or be slipped into a Joy-Con Grip accessory, mirroring a more traditional controller.

If preferred there is also an optional Nintendo Switch Pro Controller to use instead of the Joy-Con controllers. Furthermore, it is possible for numerous people to bring their Nintendo Switch systems together to enjoy local multiplayer face-to-face competition.

[blockquote]Nintendo Switch allows gamers the freedom to play however they like. It gives game developers new abilities to bring their creative visions to life by opening up the concept of gaming without boundaries.[/blockquote]

Developers can design their games supporting a variety of play styles, which gives gamers the freedom to choose an experience that best suits them. Almost 50 publishers, developers and middleware partners have already announced support for Nintendo Switch.