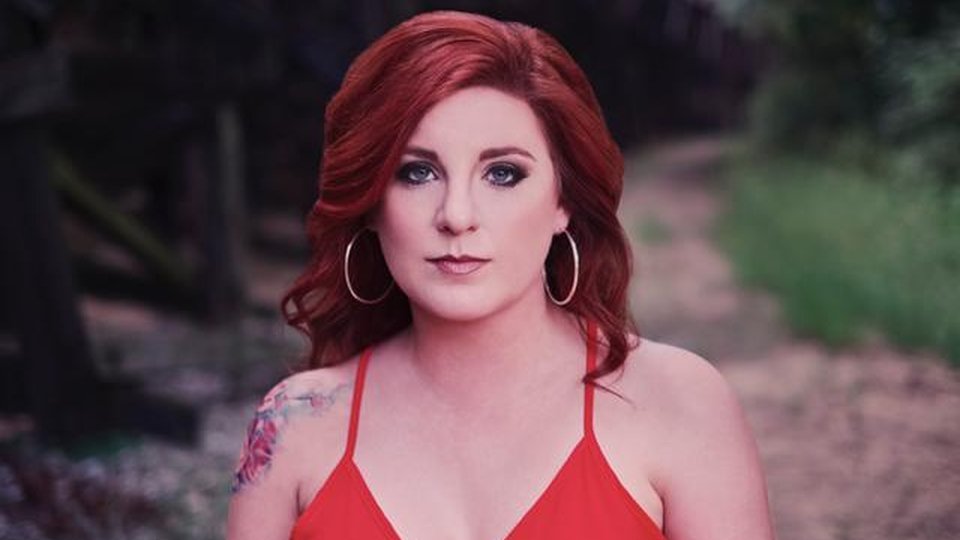 Singer-songwriter Camille Rae is currently hard at work in the studio creating her sophomore project, but she’s already teasing fans with a bold new single that’s just been released to country radio.

But I Want You, co-written by Jaida Dreyer, Fred Wilhelm and Jay Knowles, is the follow-up track to her debut release Shadows Dance Tonight, which resulted in her first nationally charted single.

The Mount Vernon, Kentucky native chatted with me from the road as she embarks on a radio tour of the US.

Congratulations on the release of the new single. What feedback have you had, so far?

Thank you – we’re super excited. Everyone loves the song. In a live room people react and in a bar full of noise and drinking, people really stop and listen, which is very hard to do. This song has a special quality to it that reels people in and it’s really fun. It’s just one of those songs that has a message, but it’s really fun and upbeat.

What is that message and what does it mean to you?

It’s talking about wanting somebody that you probably shouldn’t want and that’s something that we all definitely have gone through at least once in our lives. It’s a fun take on that subject and that battle between doing what you should do and what you want to do. Usually my songs have a very clear ‘stand up for yourself’ message, but this one is very fun, very sassy. It’s okay to be confused and not know what you want every now and then.

Did you get the chance to work with the three writers during the songwriting process?

I have not actually collaborated with them in person, but Jaida Dreyer, I requested to get one of her songs, and the other two writers were a bonus. They’re amazing, they write such great songs so I just got very, very lucky. I’m hoping to collaborate with them in the future and maybe write a song. That would be awesome.

I hear you’ve also put together a music video that will be out soon. What was that experience like?

We did that in Alabama in the middle of August. My close friends got to be in it and we’re going to release that end of October/early November. It’s definitely part sassy. I wear a lot of black and I’ve got some leather pants on so a lot of sassiness. We also have a very laid back scene with my friends at the pool, which is fun. I’m really excited to see how that turns out.

You were involved in the creative process of the video?

Actually, yes, I was. We worked with a great videographer and producer, Jacob Long, he does an amazing job. He was very open to my ideas and my manager’s ideas. I had a lot to do with the video and I feel like I have a lot to say with what goes down creatively, which is refreshing for an artist because we want to have our say so, too. I’m very thankful for the opportunity to have a hand in it.

What difference has having radio airplay made to the way people are discovering your music?

Having a song on the radio makes such a difference, just because there’s more outlets for people to listen and it goes into a database to where labels and radio stations, and a lot of industry people, can actually download it. It’s going in a great direction.

You’re back in the studio working on your second album. How’s it coming together?

I am currently working on some new stuff. It’s going good. I’m actually going through production ideas in the car…I’m kind of trying to take a little bit of a different direction from the first album.

Are you able to give us a hint as to what direction that will be?

I always like to motivate and that’s my goal.

I’ve been told I’m a little bit more edgy than most females out there right now and I want to take that influence and just motivate people that if you get knocked down, get up and try again. That’s what life’s about and it’s trying to find the right songs to get that message out.

Do you think people need that message more than ever right now?

Yes, I do. I think people always need that. There’s so much going on in this world that tears people down, so any little thing I can do to help make that a little better is good with me.

Has country music always played a pivotal role in your life? How has its influence shaped your career?

I grew up in Kentucky and my family listened to country and southern gospel, so I started singing when I was a little bitty girl, about three. I started singing in church and then talent shows that were mostly country-focused. My influences are 90’s women; Reba, Trisha Yearwood, Faith Hill, Martina McBride…so I definitely grew up around country and my writing style is very country and storytelling-focused. It shows my heritage, where I’m from and of course I grew up in Appalachia, which is story-telling central, so I like to put that culture through my songs and how I write my music. I like to actually have something to say, have a message in there, regardless of what that may be. I am more comfortable on stage than almost anywhere, and I’m more comfortable singing songs than almost anything. I say more in three-and-a-half-minutes than I do trying to tell somebody something for hours. I’m very thankful to have the gift of songwriting, because it makes things a lot easier for me to communicate.

You made the decision to move to Nashville three years ago – how has that changed or inspired your music?

It really focuses your brain and it gives you a really good feel of the business side of things. Once you get your name out in Nashville and people start knowing who you are there, then it’s much easier to tour and get shows outside of Nashville. It’s not absolutely necessary but it helped me to reign in my creativity and what exactly I wanted to do with my career, and I’ve met a lot of great people. It definitely does focus you and teaches you a lot about the business.

You can definitely always find people to write with, shows to go to, new inspiration, new music… There’s just so much talent in Nashville and I always said to myself before I moved, that if I can’t compete in Nashville, then I don’t need to do it at all. If I can hold my ground there, then I’m good anywhere.

What are your career goals and plan going forward?

The single, first of all, it’s getting so much recognition, and just continuing on that path. I’m just hoping to get signed by a major label in the next few years, that’s my end-game. Just because that’s where I want my career to go, to be on that big level basis. So, that’s the goal, and it’s working pretty good.

Camille’s new single But I Want You is available now. Watch the new lyric video below: