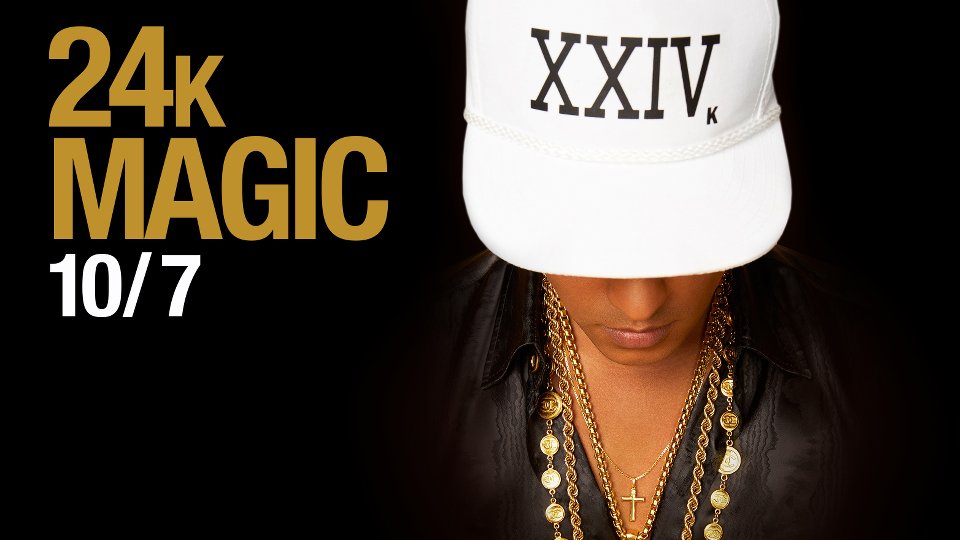 Bruno Mars will release new single 24K Magic this Friday it has been announced.

No further details have been released other than that the single title is pronounced as ‘twenty-four karat magic’. The single was announced by Bruno via Instagram where he posted a series of pictures with the caption:

‘Excited to announce 24k Magic, out this Friday!! You can call it my first single, but I call it the invitation to the party. #24KMagic’

24K Magic is Bruno’s first single release since his chart-topping Mark Ronson collaboration Uptown Funk in 2014. It is the first single from his upcoming third album, which is the follow up to 2013’s Unorthodox Jukebox.

That album produced five hits – Locked Out of Heaven, When I Was Your Man, Treasure, Gorilla and Young Girls.

As soon as the audio for the single is available, along with any more details, we’ll have them here for you!