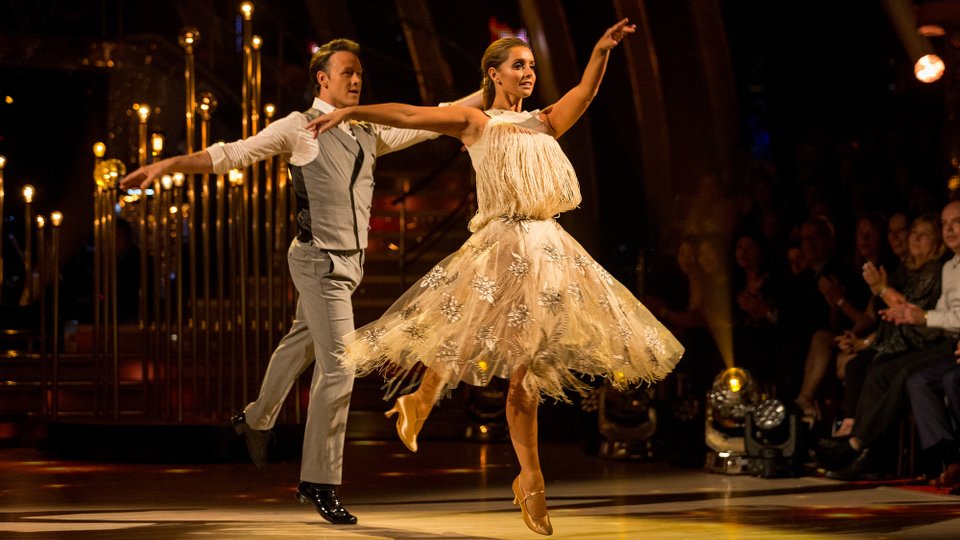 Strictly Come Dancing 2016 delivered a tightly fought week 2 live show last night and at the moment this series is anyone’s to win.

There really isn’t much separating the top and the bottom of the leaderboard when it comes down to points, and we’ve got a feeling that this could be the closest series ever. Danny Mac and Louise Redknapp tied to top the leaderboard for the first two weeks of the series.

I’ve selected our Top 5 favourite dances, which don’t necessarily take into account the judges scores. I judge based purely on the entertainment value and my opinion on the dances.

Louise overcame the sickness caused by the many spins in her Viennese Waltz and she served up a stunningly beautiful performance with Kevin Clifton. She’s a natural dancer and the way she holds herself in the ballroom is gorgeous to watch.

Lesley Joseph is continuing to prove that age doesn’t matter and she wowed us last night. She threw all of her energy into her Cha Cha and we loved every single minute of it. I wish I could dance anything like as well as she can.

What a transformation from week 1. Laura was sexy, confident and her footwork was spectacular. She makes a great partnership with Giovanni and as she grows in confidence I think she’s going to get better and better.

The surprise of the night was Tameka Empson who performed with some much gusto that I was exhausted just watching. She’s a larger than life character but she can really dance, and she may just be the dark horse of the competition.

No change at number one for me this week. Actor Danny Mac has it all and he’s as confident in Ballroom as he is in Latin. His technique is easily the best out of all the celebs and he nails every performance.

Strictly Come Dancing 2016 continues at 7.15pm tonight on BBC One.