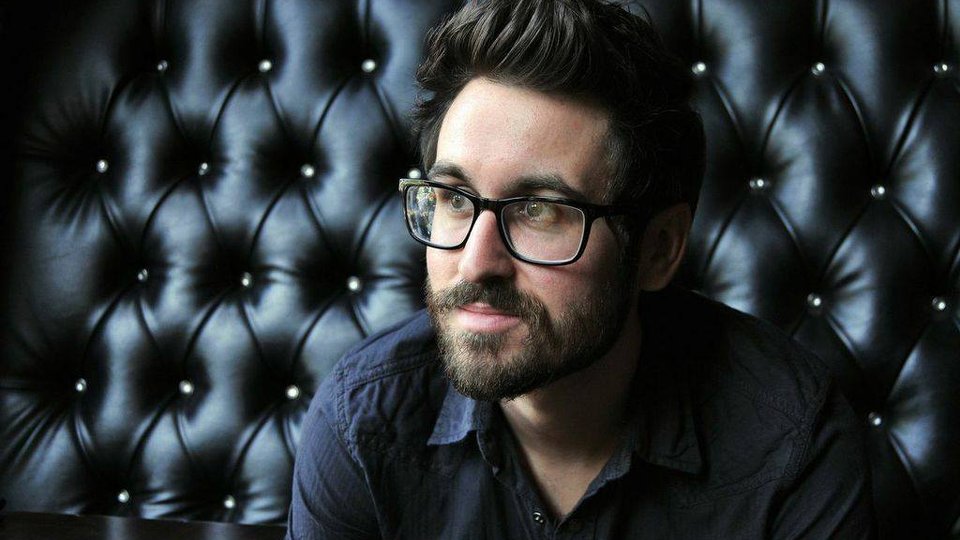 With over 15 years in the music industry having released several albums and EPs, Sean McConnell is releasing his new self-titled album on Rounder. Over his career to date McConnell has penned songs for popular artists in Country such as Tim McGraw, Brad Paisley, Rascal Flatts and Martina McBride so it’s safe to assume that you may have heard the singer-songwriter’s work, even if it you didn’t know it was him.

Sean McConnell features 10 new tracks and opens with current single Holy Days. The song has an anthemic intro before McConnell’s assured vocals come in driven by a strong beat. When the chorus arrives it’s big, bold and beautifully formed, priming the song for radio play. It’s an infectious opener and one that sticks with you long after you’ve heard it for the first time.

The thing you notice quickly is that McConnell has a phenomenal voice. It’s powerful, emotive and versatile, and he shows every side to it over the course of these 10 songs. I’m a sucker for a strong vocal and McConnell delivers one on every single track here. Queen of St Mary’s Choir, a song about McConnell’s parents, showcases the best vocal on the record and it sends shivers down my spine every time I listen to it.

Alongside his voice, McConnell is a fine songwriter and he wrote every single one of the tracks on this record. The songs are deeply personal and give you an insight into McConnell’s life forging a personal connection. Ghost Town finds McConnell revisiting the town he grew up in, remembering pivotal moments from his life and realising that he no longer knows the people living there. Any one who has moved away from home and revisited years later can relate and when he sings ‘driving ‘round this town, can’t tell if I want to build a shrine, or just burn it to the ground’ I can safely say I’ve had that experience with my own home town.

Elsewhere on the record Bottom of the Sea packs an urgent message about making the most of your life while you can, Best We’ve Ever Been is a rousing celebration of a relationship that has earned a few miles, and One Acre of Land is a beautifully honest moment where McConnell lays his heart on the line. The album comes to a close with Babylon, a song about a heartbreak that packs a weighty emotional punch.

Following a few repeat listens, you find yourself wondering how Sean McConnell isn’t dominating Country music. You could argue that he leans more to Americana but at the heart of this record is good old-fashion story-telling and the instrumentation leans heavily into Country. Whatever you want to call it, Sean McConnell is as near damn perfect an album as you’re ever likely to find and with a voice as powerful as McConnell’s, it could finally be his time to break through in his own right as an artist.