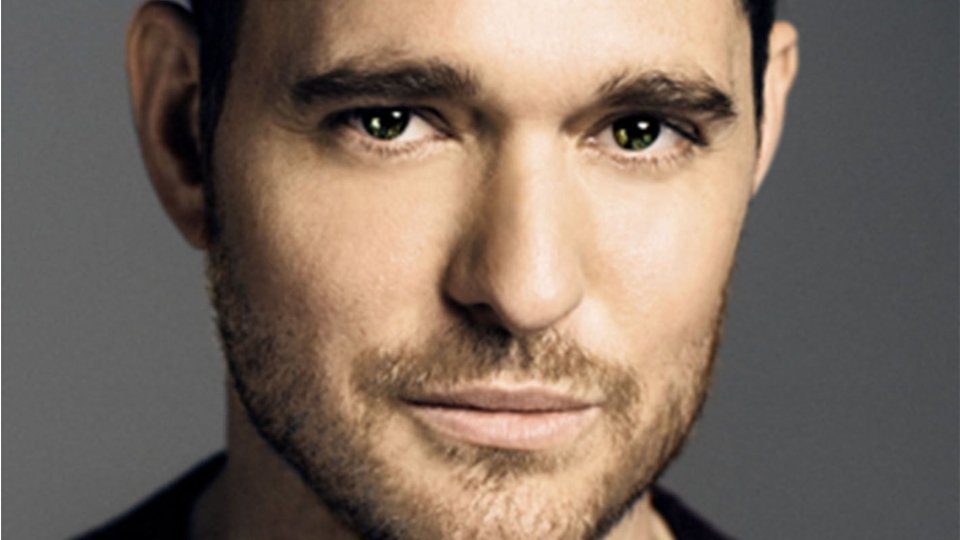 Michael Buble has kept a relatively low profile this year after undergoing vocal cord surgery at the beginning of the summer. Thankfully that surgery went well and Buble has made a full recovery, allowing him now to focus on the release of his upcoming ninth album (if you include the two he released before signing a major label deal) Nobody But Me. Buble last performed in the UK at the end of 2014 as part of his To Be Loved tour and last night he made his live return with a headline performance at The Roundhouse in London as part of the Apple Music Festival.

Arriving on stage at 9pm following an energetic performance from support actor Spencer Ludwig, Buble walked to the mic to the opening bars of Cry Me a River. He discarded the coat he had hung on his shoulders onto the floor before instructing the band to stop and pretended to have a strop about no one picking his coat up off the floor commenting ‘Britney wouldn’t have picked up her own shit’ (Spears performed the previous night). You could tell some of the audience didn’t know how to take Buble’s words but anyone who has seen him before would know that he’s a big joker on stage and doesn’t mind peppering his banter with a few expletives.

After throwing his coat down to a stage hand, Buble launched into his first song of the evening You’re Nobody Till Somebody Loves You, which featured on his monster-selling 2009 album Crazy Love. The set list for the evening was a mix of new tracks and selections from Nobody But Me, giving fans their first taste of what to expect from the upcoming record. Current single, and title track, Nobody But Me was one of the more uptempo moments of the evening and for its live outing the rap by Black Thought was cut.

Fan favourite Haven’t Met You Yet was followed by an impromptu performance of Charlie Chaplin’s Smile. Introducing the song Buble talked about the state of the world remarking that it was a ‘scary place’ at the moment. Accompanied only by piano, Smile was one of the standout performances of the night and Buble delivered it with plenty of emotion. Elsewhere in the set Buble invited the audience to sing along on Me and Mrs Jones (which they did loudly,), sung new acoustic-driven track I Believe In You, and gave a passionate performance of On an Evening in Roma (Sotter Cella de Roma), a song that his wife requested he record for his new album.

In-between songs Buble’s banter was hilarious. He interacted with the audience, responded to people who were shouting out and made plenty of off-the-cuff tongue-in-cheek comments. At one point he joked that he was pissing the audience off and encouraged them to boo him. Buble is nothing if not a showman and he has the kind of charisma rarely seen from performers these days. During a powerful performance of Cry Me a River, Buble asked a fan who was trying to film him to throw her phone to him and he recorded the entire performance for her while playing up to the phone’s camera.

Other highlights included an emotional performance of The Very Thought Of You, which Buble dedicated to his grandmother, and closing number God Only Knows, a thoughtful reimagining of The Beach Boys classic.

Buble was in fine voice, and indeed fine spirits, last night at The Roundhouse and he once again reinforced why he is the best at what he does. He’s without a doubt the finest male vocalist in the music industry and he possesses such control and power of his voice that watching him is like attending a vocal masterclass. Add to that his hilarious banter and you’ve got a performer unlike any other who is able to entertain, connect with his audience and blow you away all at the same time. If any one tells you they don’t like Michael Buble, they probably haven’t ever seen him perform live.