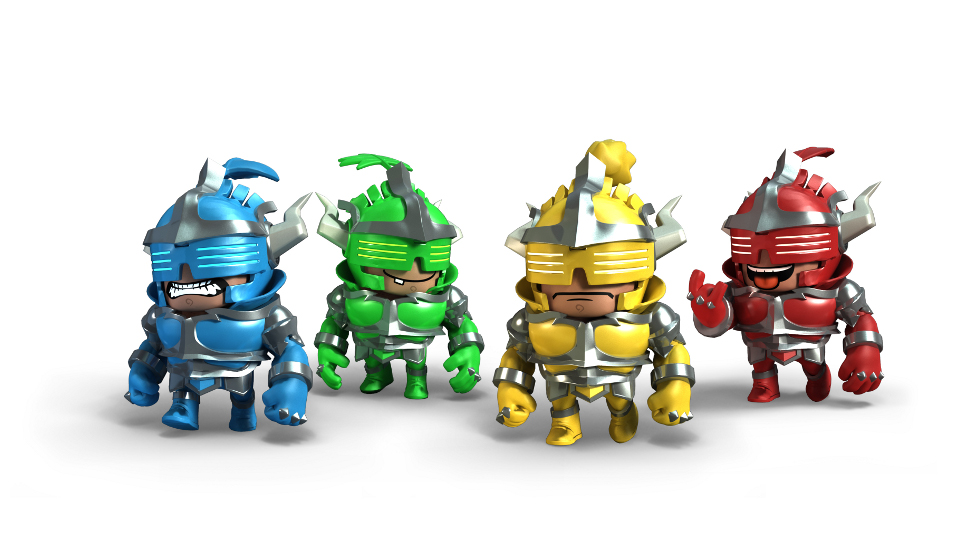 Wired Productions has revealed that its rock-themed co-op dungeon brawler Super Dungeon Bros, is set to launch worldwide at physical and digital retailers on the Xbox One, PS4 and Steam (for Windows PC) on November 1st, 2016 priced at £14.99.

In the multiplayer-centric Super Dungeon Bros, a band of heavy metal heroes are summoned to embark on a quest from the Gods of Rock. Their mission is to navigate the fantasy realm of Rökheim to seek out epic loot, hordes of evil undead and the legends of long-lost fabled rock stars. Players can play on or offline with four bros as they fling their friends onto far off ledges and distant trap triggers, or unleash their best tag-team tactics with the ultimate bro-op offensive.

Three unique and challenging worlds await the brave ones as they explore the rock-themed realm – Cryptheim (an underground dungeon complex), Chillheim (a brewery built upon a natural brew geyser) and Bogheim (a sprawling jungle filled with poisonous plants and animals). Players will never rock the same dungeon twice thanks to the random room generation AI, with unlimited dungeon designs and endless dungeon combinations!

View some Super Dungeon Bros screenshots in our gallery below:

Cross-platform online multiplayer is now scheduled for a post-launch release with further details to be announced soon.

Super Dungeon Bros is developed by Utah-based React Games and will be published by Wired Productions with physical retail distribution handled by THQ Nordic. The game has been rated PEGI 7.