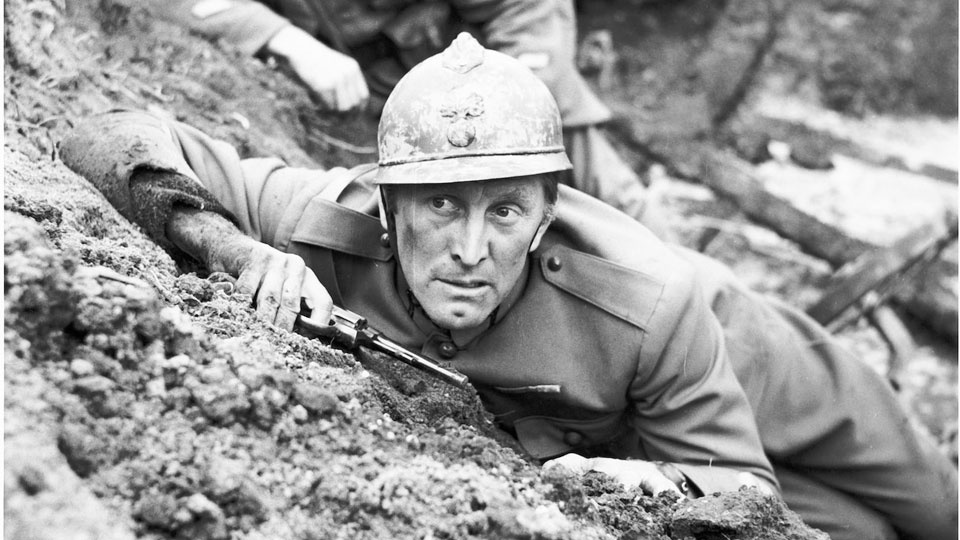 Eureka Entertainment released Paths of Glory, Stanley Kubrick’s First World War masterpiece starring Kirk Douglas, as part of the Masters of Cinema Series on Blu-ray for the first time in the UK on 19 Sept 2016.

A shattering masterpiece by one of the medium’s greatest artists, Stanley Kubrick’s Paths of Glory announced the definitive arrival of a towering figure in cinema.

In the French front lines of World War I, after giving the order for an impossible and disastrous mission to capture a nearby stronghold, the upper ranks move to save face by having three randomly selected soldiers held and tried for cowardice under pain of death. Their leader, Colonel Dax (in a powerhouse performance by Kirk Douglas) a former lawyer in civilian life, handles their defence against overwhelming odds.

A stylistically astonishing, emotionally overwhelming anti-war drama, Paths of Glory is one of the screen’s most brilliant condemnations of the power structures guiding warfare. The Masters of Cinema Series is proud to present a new Blu-ray edition for the first time in the UK.

Paths of Glory is available to order from Amazon http://po.st/kIaGOc

To celebrate the release, we’ve got 3 copies of Paths of Glory on Blu-ray to give away. All you need to do to be in with a chance of winning is answer one simple question below:

Win Paths of Glory on Blu-ray

In this article:Paths of Glory