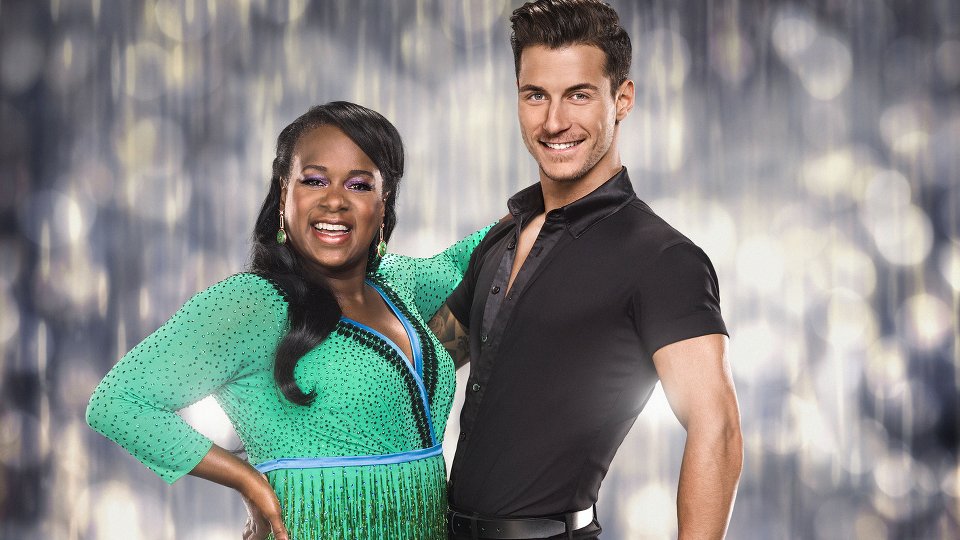 Strictly Come Dancing 2016 continued tonight with its second live show of the weekend.

Last night Olympian Greg Rutherford and BBC Sports presenter Ore Oduba tied at the top of the leaderboard with 27 points. The competition was pretty close with all six couples close to one another.

Tonight the remainder of the celebrities danced for the first time but could any of them beat Greg and Ore? The competition is heating up already and that’s without the threat of a public vote this weekend!

Keep reading to find out how everyone got on tonight…

Louise Redknapp hasn’t performed on stage for years and she said she’s excited about getting down to business. Kevin made a cheeky joke saying that he’d seen Louise’s videos from her pop days and that what she did wasn’t really dancing (how rude!). During training for their Jive, Kevin took Louise to see a ship so they could get into the spirit. Louise and Kevin performed their Jive to Jump Jive An’ Wail.

The dance: That was a very confident first dance from Louise. She got back into her dancing shoes with ease and coped with the intensity and the speed of the performance. We think she could find her way to the final if she keeps performing like this.

The comments: Len said that Louise’s performance floated his boat and told her he had high expectations for her. Bruno said that Louise scored big time with her routine and commended the accuracy and detail of her steps. Craig criticised Louise’s kicks but said it was an ‘outstanding’ first dance. Darcey liked the spring Louise had and told her she was very impressed.

Presenter Melvin Odoom was delighted when it was revealed that he would be dancing with Janette Manrara for the series. Melvin seems to have as much energy and enthusiasm as Janette and the two seem to have really hit it off. During the week he took her to his house to attend a family BBQ where there was plenty of dancing. For their first dance Melvin and Janette danced a Cha Cha to Going Loco Down in Acapulco.

The dance: Melvin was enthusiastic but his moves were fairly wooden and stompy. He needs to loosen up and get into the dance more if he wants to stay in the competition. I expected more from him!

The comments: Bruno said that Melvin forgot the hips during his performance and asked if he had been chased by a swarm of bees when commenting on his odd arm movements. Craig said that the performance put him in a wooden mood and told Melvin an ironing board is less stiff. Darcey said Melvin had a great time but told him to put his cheekiness into his hips. Len told Melvin he wasn’t going to go loco over the performance and he disagreed with the other judges telling him it was too loose rather than too stiff.

Model Daisy Lowe wasn’t phased in the slightest when it came to having a Strictly make over. In her intro video she said she was really pleased to be dancing with Aljaz Skorjanec. During the week Daisy and Aljaz went for a picnic to take a break from the intense training. Daisy and Aljaz performed a Waltz to Nat King Cole’s Unforgettable, which she dedicated to her late grandfather.

The dance: It was a beautiful Waltz and Daisy managed to hold it together throughout the routine. After she was a bit teary and struggled to speak. Daisy moved around the floor with ease and she was pretty impressive I thought.

The comments: Craig said that he thought the performance was too sweet but told Daisy that she danced it beautifully. Darcey said that Daisy instantly set the romantic feel and encouraged her to use her long limbs more. Len said he was looking for a daisy and found an English rose before telling Daisy it was the best week 1 dance he’s ever seen. Bruno said it had old school glamour and that Daisy made it look easy.

Former Hollyoaks actor Danny Mac is expected to be one of the best dancers out of all the celebrities and he admitted this will be a new challenge for him. Partnered with Oti Mabuse, Danny revealed that he was very happy with his pro dancer. During training Danny got frustrated with himself a lot and Oti had to give him a pep talk to keep his spirits up. Tonight Danny and Oti danced the Cha Cha to D.N.C.E.’s Cake By The Ocean.

The dance: Wow, wow, wow! Danny blew me away tonight. He can really move and his routine with Oti was red hot. He didn’t miss a beat and I can’t believe that’s what he could do in week one. Hello final!

The comments: Darcey asked Oti if she thought Danny nailed it and admitted that she was shocked. Len told Danny that he was ‘100% contender’ but said there was a little too much stagey dancing. Bruno said that Danny’s performance was everything he wanted and commended his hip action. Craig didn’t get the chance to speak! (it was probably for the best).

EastEnders star Tameka Empson was given new pro dancer Gorka Marquez during the launch show and she was (understandably) delighted. Tameka admitted that she felt the pressure after following in the footsteps of many EastEnders stars. For their first dance Tameka and Gorka were performing a Paso Doble.

The dance: Tameka showed she really can dance tonight and I was impressed. I was worried she may try to be too funny but she played it serious and kept in character. Great choreography from Gorka too!

The comments: Len said Tameka’s performance was a corker and told her that she made it fun. Bruno said that Tameka was chewing the scenery as he joked that she played 27 characters but he told her that she needs to extend her shaping a bit more. Craig told Tameka that she owned the stage and commented on her planking on the stage. Darcey said that Tameka played moody perfectly but agreed with Bruno’s criticisms.

Powerhouse singer Anastacia isn’t known for her dancing during her live performances so I wasn’t sure what to expect from her on Strictly. With Brendan Cole as her partner, and the Cha Cha as her first dance, there’s no way that Anastacia was going to be eased into competition. During the week Brendan took Anastacia for a sight-seeing tour around London to celebrate her birthday. Tonight Anastacia and Brendan performed a Cha Cha to Lady Marmalade.

The dance: Oh Anastacia. It started off so well then there was a slip in the middle and a lot of timing issues. For a Cha Cha it really lacked energy though and Anastacia is going to need to up her game next week.

Former Shadow Chancellor Ed Balls was the next on the dance floor and after his questionable dancing in the launch show, he’s become one of the celebs everyone can’t wait to see. Partnered with new pro Katya Jones, Ed admitted that Katya had a lot of work to do to get him ready. During the week Ed took Katya to the House of Commons for a tour. Tonight Ed and Katya danced the Waltz to Are You Lonesome Tonight.

The dance: Ed wasn’t required to do a whole lot in his dance with Katya covering up for him a lot during the performance. He showed some potential but I’m more excited to see him in the Latin dances. That should be good value for money.

The comments: Craig said that Ed was very pedestrian and went on to criticise pretty much everything. Darcey said there were glimmers of an elegant gentleman and told Ed he found himself by the end of the dance. Len said he didn’t expect Ed to be very good but admitted that he was pleasantly surprised. Bruno said that Ed was surprisingly conservative (to groans from the audience) in his performance.

Olympic gymnast Claudia Fragapane is the youngest celeb ever to take part in Strictly Come Dancing. She’s partnered with new pro AJ Pritchard and they could be the smallest couple ever seen on Strictly (even smaller than Dani Harmer and Vincent Simone). During the week AJ was taken to meet Claudia’s parents. For their first dance Claudia and AJ danced the Cha Cha to One Direction’s That’s What Makes You Beautiful.

The dance: Claudia can certainly move and she included some tricks to show off her gymnastic skills.

The comments: Darcey said that Claudia and AJ were adorable to watch but told Claudia to put more dynamics into her dance moves. Len said that he didn’t like the gymnastics in the routine and told her that she was a little too placed in parts. Bruno said they were perfectly matched and told Claudia that she needs to be careful not to interrupt the flow of the dance. Craig said he thought Claudia was a bit stompy but told her that he loved the gymnastic moments.

Singer Will Young was the final celebrity to dance on tonight’s live show. He expressed the hope that Karen would help him get fitter and teach him how to dance. During the week Will took Karen to band practice and tried to serenade her. She didn’t look all that impressed. For their first routine Will and Karen performed the Tango to Let’s Dance by David Bowie.

The dance: For someone who said they can’t dance, Will managed a very convincing Tango tonight. It was powerful and intense, and Will definitely led the dance. I was impressed!

The leaderboard for the weekend overall is:

Strictly Come Dancing 2016 continues next Saturday on BBC One. See all of tonight’s couples in rehearsal below: