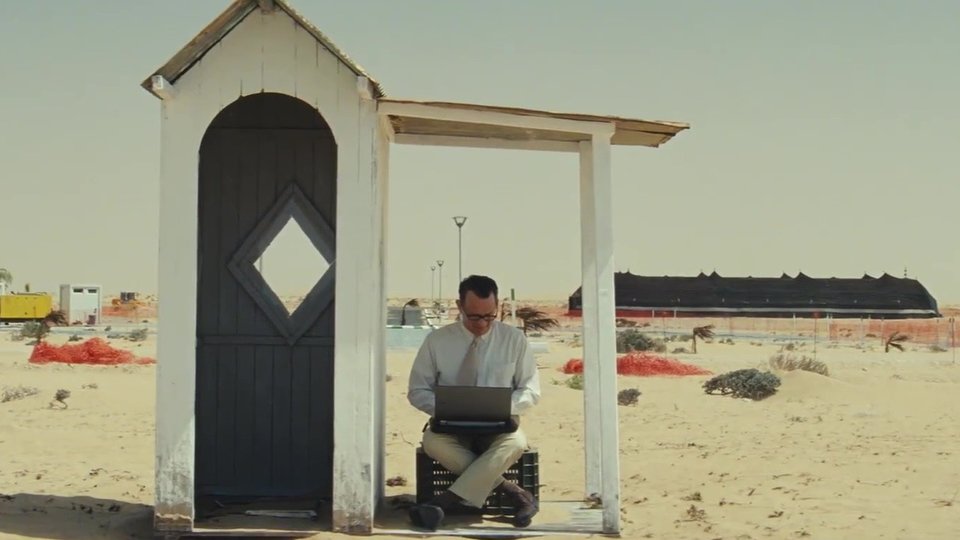 Academy Award winner Tom Hanks (Bridge Of Spies, Inferno, Sully) is a desperate man searching for a way to get his life together in a strange and foreign land in A Hologram for the King, out now on digital platforms and Blu-ray & DVD courtesy of Icon Film Distribution.

Cultures collide as a washed-up, desperate businessman Alan Clay (Hanks) is sent on a business trip to Saudi Arabia where he hopes to sell a state-of-the-art 3D holographic meeting system to the nation’s King.

After losing his house and being divorced by his wife, Alan needs nothing more than for this deal to go through without a hitch. But once he begins work he quickly learns that he will have to adapt to a different culture and way of doing business in order to be successful.

Baffled by local customs and stymied by an opaque bureaucracy, he eventually finds his footing with the help of a wise-cracking taxi driver (newcomer Alexander Black) who shows him how best to adapt to the Saudi culture. After suffering a panic attack in his hotel room, Alan meets a beautiful Saudi doctor (Sarita Choudhury, Homeland) whose presence has a profound effect on the American, leading him to question the path his life has taken.

Adapted from Dave Eggers’ (A Heartbreaking Work of Staggering Genius, The Circle) novel of the same name, A Hologram for the King marks the second collaboration between Hanks and visionary director Tom Tykwer following their pairing on Cloud Atlas. With another tour-de-force performance from cinema’s greatest everyman at its heart, the film serves as inherent evidence that sometimes you have to change your scenery to change your life.

For your chance to win one of three copies of A Hologram for the King on Blu-ray, all you need to do is answer the following question below.

In this article:A Hologram for the King, Competition, Tom Hanks