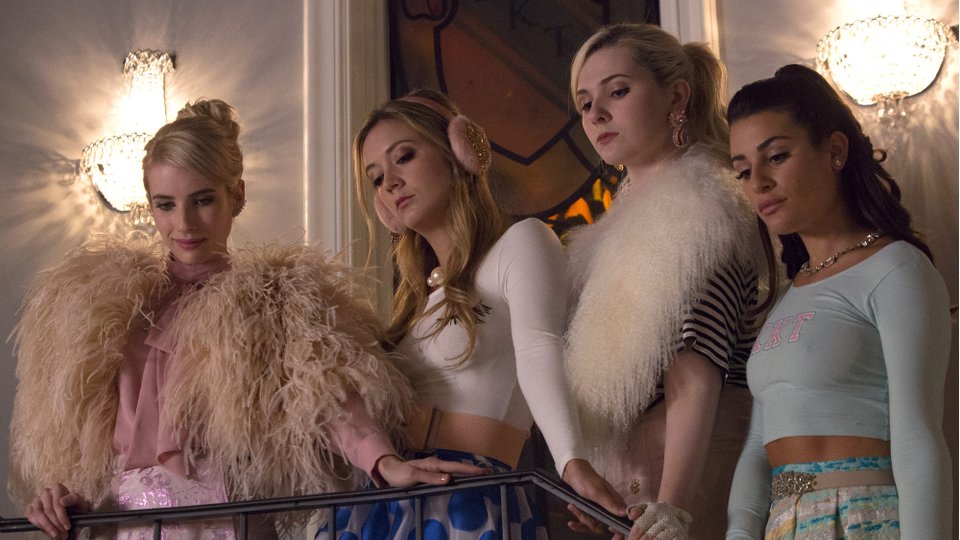 Get ready to get utterly hooked on Scream Queens, TV’s most mischievous and addictive new series when it arrives on DVD from 26th September 2016.

From the mind of Ryan Murphy (creator of Glee and American Horror Story) Scream Queens is shiny, gory, ridiculous and wickedly funny. A mysterious “Red Devil” killer wreaks havoc at Wallace University’s Kappa Kappa Tau sorority, putting every pledge on edge! Tension mounts as it becomes clear that anyone could be the murderer – or indeed the next victim…

Look out for the impressive array of A-list guest stars who pop up in the series, including the likes of Ariana Grande, Nick Jonas and Patrick Schwarzenegger.

Renewed for a second season, make sure you catch up on all 13 outrageous Season One episodes, along with killer moments and special features that grant you exclusive sorority access into Kappa House when Scream Queens is released on DVD on 26 September 2016, courtesy of Twentieth Century Fox Home Entertainment.

For your chance to win one of three copies of Scream Queens Season 1 on DVD, all you need to do is answer the following question below.