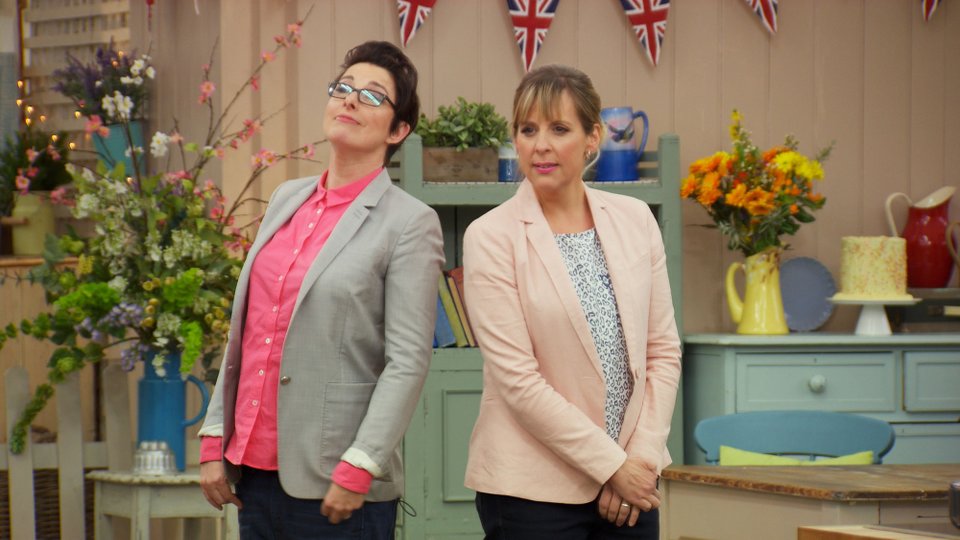 Fans have been up in arms since it was announced that The Great British Bake Off was moving from BBC to Channel 4 in 2017.

Adding a further blow, it was announced last night that presenters Mel Giedroyc and Sue Perkins will be departing the show at the end of its current series. In a joint statement the much-loved presenters said:

We were very shocked and saddened to learn yesterday evening that Bake Off will be moving from its home. We made no secret of our desire for the show to remain where it was.

The BBC nurtured the show from its infancy and helped give it its distinctive warmth and charm, growing it from an audience of two million to nearly 15 million at its peak.

We’ve had the most amazing time on Bake Off, and have loved seeing it rise and rise like a pair of yeasted Latvian baps.

We’re not going with the dough. We wish all the future bakers every success.

The news is sure to be a blow to Love Productions, who makes the show, and Channel 4 who will be its new home. Fans reacted angrily to the news last night with many saying the show won’t be the same without Mel & Sue.

It remains to be seen if Paul Hollywood and Mary Berry will move to Channel 4 but we’d say it’s not looking likely after both previously expressed their desire for the show to stay on BBC One.

The Great British Bake Off continues its final BBC One series tonight at 8pm.