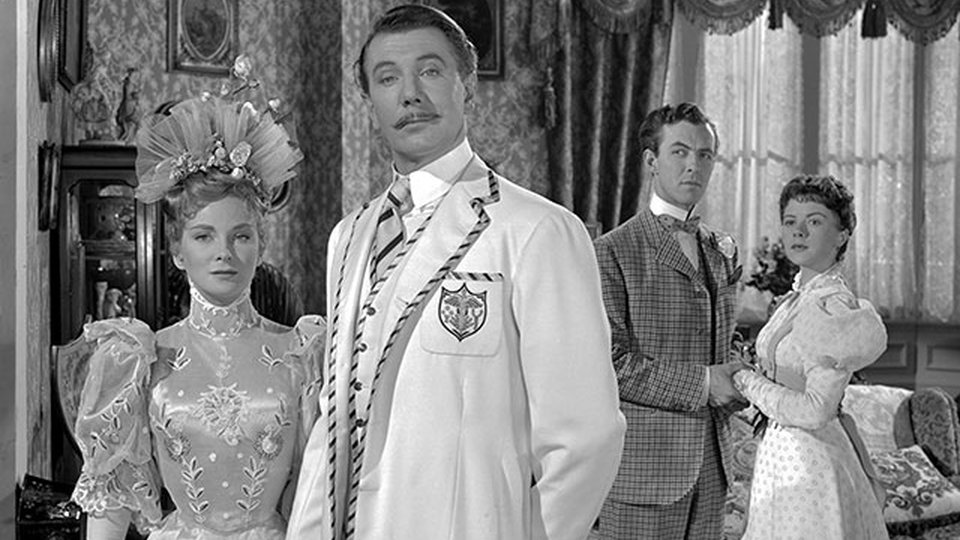 Anthony Asquith’s 1952 adaptation of Oscar Wilde’s much-loved comedy The Importance of Being Earnest is considered to be the definitive version, and for very good reason. Thankfully the awful remake in 2002 with Reese Witherspoon and Colin Firth was treated with the disdain it deserved and went largely ignored. As part of The British Film collection, The Importance of Being Earnest has been given a new release on DVD and for the first time a Blu-ray release through Network.

For those that don’t know, The Importance of Being Earnest tells the story of good friends Jack Worthing (Michael Redgrave) and Algernon Moncrieff (Michael Denison), who get entangled in a case of mistaken identity after choosing to have different names depending on if they are in town or in the country. Jack, who is known as Earnest in town, returns to the country to visit his ward Cecily Cardew (Dorothy Tutin) only to find that Algernon is already there pretending to be Earnest and that his love interest Gwendolyn Fairfax (Joan Greenwood) is making an impromptu visit that threatens to reveal the hilarious and complicated truth.

Nothing comes close to matching the genius of The Importance of Being Earnest when it comes to comedy writing. Oscar Wilde is responsible, in my opinion, for one of the greatest screwball comedies ever written and every line of dialogue is loaded with barbed comments, sarcasm and hilarious humour. Director Asquith assembled a remarkable cast for this adaptation with all of the actors perfectly cast in their roles. Michael Redgrave and Michael Denison bounce off one another as Jack and Algernon, while Edith Evans steals the show as the snobby and brusque Lady Bracknell. Dorothy Tutin, in her debut feature film role, turns in a stellar performance as plucky Cecily and her scenes opposite Joan Greenwood’s Gwendolyn are among the best in the film.

The Importance of Being Earnest looks absolutely marvellous on Blu-ray with its picture quality the best I’ve ever seen and the audio cleaned up so it’s more audible. I remember getting the DVD many years ago and both the picture and the audio were sub-par. That’s definitely not the case here.

Special features on the Blu-ray include a featurette, image galleries, promotional materials and a booklet by Professor Neil Synard.

This new release of The Importance of Being Earnest is one that ought to be in any film fan’s collection. The film rattles on at a quick pace with the laughs coming thick and fast. The actors give a masterclass in comedy acting and they really bring to life the spirit of Wilde’s fantastic play. It’s no surprise that The Importance of Being Earnest is still performed all over the world today but when it comes to capturing the comedy on film, the only version you ever need see is this one.