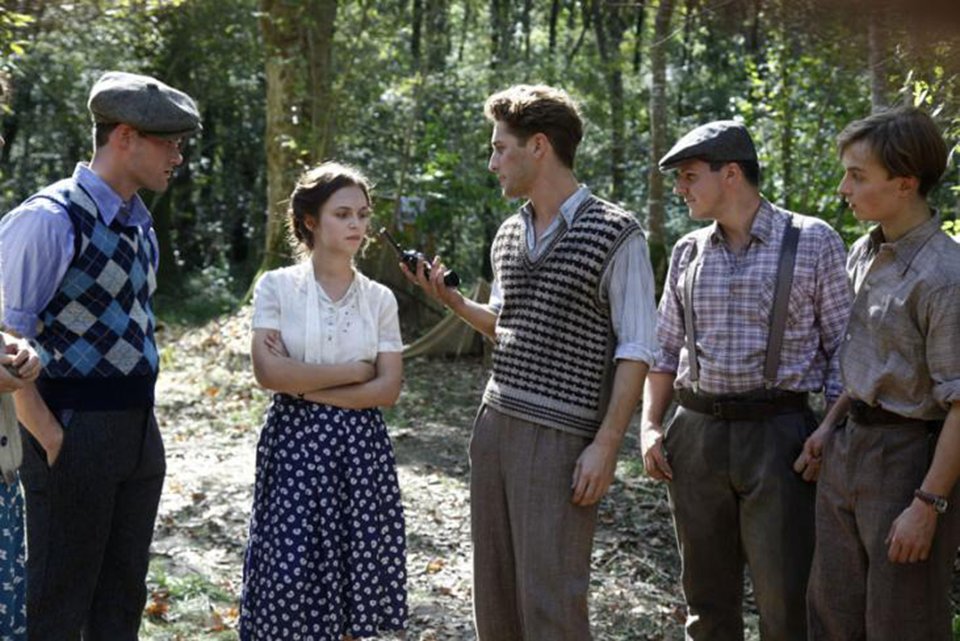 Eureka Entertainment will release Resistance, the story of France’s young heroes and their struggle to save their country, on DVD on 12 September 2016.

Paris, 1940. Lili (Pauline Burlet, La Vie en Rose), outraged by the injustices of the Nazi occupation, and a group of like-minded souls band together to fight the Germans and their French collaborators, all the while producing the underground newspaper Resistance for which they will go to dangerous lengths to illegally distribute. While the clandestine struggle extends to the whole of France, the young freedom fighters multiply, setting up networks of resistance that will ultimately lead to the liberation of Paris in August 1944.

Based on true events, and through the interconnecting destinies of its teenage heroes, Resistance tells the story of young people going to any lengths to defend their country and their freedom (loosely based on the activities of the Groupe du musée de l’Homme). The series, which features veteran French film star Fanny Ardant, was written by Dan Franck (La separation) and commissioned to coincide with the 70th anniversary of the liberation of Paris. Resistance was screened on More4 in 2015 and finally comes to the UK on DVD on 12 September 2016.

To celebrate the release we have 3 copies of Resistance on DVD to give away. All you need to do to be in with a chance of winning is answer one simple question below:

Resistance is available to pre-order on DVD from Amazon http://amzn.to/1ROtxdD