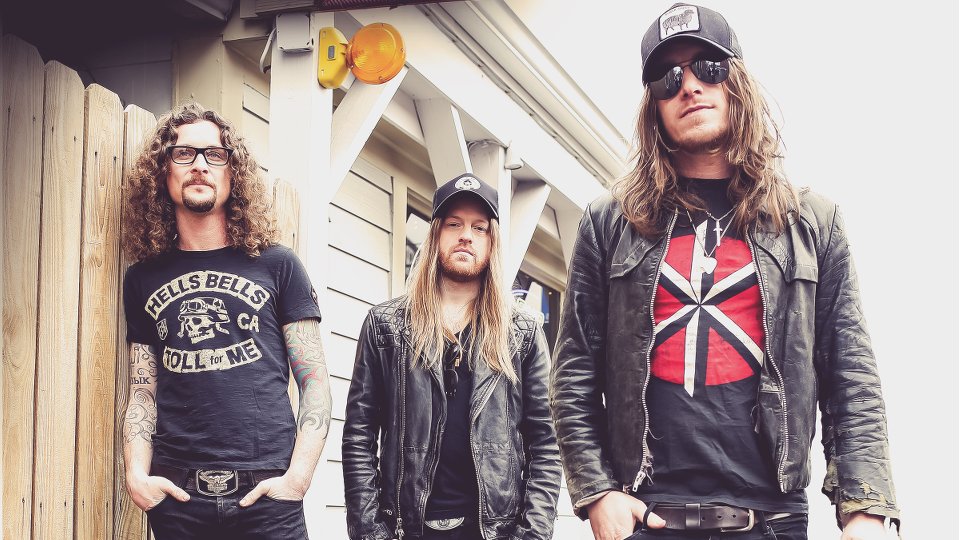 Almost four and a half years have passed since The Cadillac Three released their self-titled debut album. The campaign for their second album, Bury Me In My Boots, actually began back in 2013 with the release of single The South featuring Florida Georgia Line, Dierks Bentley and Mike Eli. That single gave the band their biggest hit to date and helped create a lot of buzz around them. The band’s lead frontman Jared Johnston has also enjoyed a high level of success writing songs for artists including Jake Owen, Keith Urban and Tim McGraw. The Cadillac Three recently released their second album Bury Me In My Boots but was it worth the wait?

The Cadillac Three have forged their own way in Country music by mixing their signature Southern rock sound with Country sensibilities giving them credibility and crossover appeal. There’s no doubt that Johnston’s vocals lean towards the grittier side of Country but the band musically leans more towards rock than any other genre. It’s a blend that works well from them and makes them easily distinguishable from the other acts currently battling for a place on the Country music charts.

Prior to the release of Bury Me In My Boots, The Cadillac Three released four singles from the record over the past three years. As well as The South, the band has released Party Like You, White Lightning and Drunk Like You, each building on the foundations they established with their debut record. The album kicks off with the title track, which begins as a deceptively simple tune before giving way to the Southern swagger that the band does so well. Johnston’s vocals are powerful as he drawls his way through the verses building to a soaring sing-a-long chorus.

There’s a fair amount of variety across Bury Me In My Boots with the band seemingly to keen to show they are no one trick ponies. The stirring Graffiti has an anthem-like feel to it, the plucky Ship Faced is a tongue-in-cheek play on words, and Soundtrack to a Six Pack is a balls-to-wall rocking jam that is sure to become a live favourite pretty quickly. Songs such as Slide really suit the band as they sound loose and pack in a lot of energy. The vocal is fast paced and the music frenetic making it very memorable.

Album closer Runnin’ Red Lights is one of the most surprising moments on the record and it’s also one of the best. The stirring ballad strips back the noise and puts the focus on simple melodies and Johnston’s vocals. It’s a perfect finish to an otherwise quite riotous album and it shows that the band can do understated as well as they can powerhouse. The standout moment on the record is the lazy groove of Buzzin’ which makes you want to grab a cold one, sit in the sun and get a little squiffy.

Bury Me In My Boots is an assured and solid collection of songs from the rising trio. They are certainly cruising in their own lane and my only criticism is that they haven’t yet had that one song that is going to take them to the next level. They are a great live band and they have a lot to offer, but at the moment they aren’t quite in a position to crossover into the big time. Bury Me In My Boots should certainly take them in the right direction but it doesn’t feature the breakout hit that the band needs to play alongside the big boys.