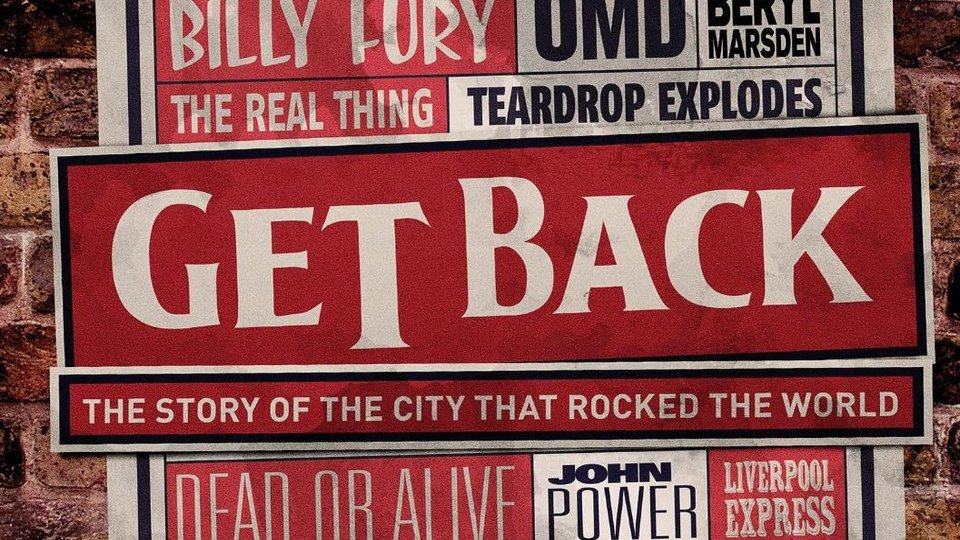 The greatest myth in pop music history is that in Liverpool everything began and ended with the Beatles. It didn’t.

Get Back documents the real story of Liverpool’s music outpourings, from post war years to present day. It’s a story of a city where literally thousands of bands and artists, hundreds of clubs, promoters and managers put on the biggest, loudest and longest party in history. This eye-opening documentary film features definitive interviews and live performances from bands, club owners and managers including previously unseen footage of Sir Paul McCartney.

Liverpool’s contribution to world culture is arguably as important as the Renaissance artists of Florence or the Elizabethan playwrights in London. In the golden period of Merseybeat the city was host to over 1000 bands and 500 venues as well as being the home of the UK’s largest C&W scene, a hundred Skiffle groups, jazz bands and folk. Bigger than anything that had gone before, Merseybeat generated the greatest tectonic shift in popular culture in the last 1000 years with a music revolution that rocked the world.

In the 1970’s it started again with a new scene and yet another cellar club at its heart – Eric’s. Here, the new wave owed nothing to Beatles. Bands such as Deaf School, Echo and the Bunnymen and OMD led the way. Then Frankie Goes to Hollywood, the Farm, the La’s, the Christians.

And even now it continues, always inventive and always re-inventing with the Wombats, Zutons, Coral and more. The story is unending. But in Get Back music fans can now enjoy and appreciate what had previously been airbrushed out of music history; a city whose cultural legacy has changed the world forever.

For the chance to win one of 3 DVDs of Get Back, simply answer the question below.

Advertisement. Scroll to continue reading.
In this article:Competition, Get Back, Liverpool, The Beatles