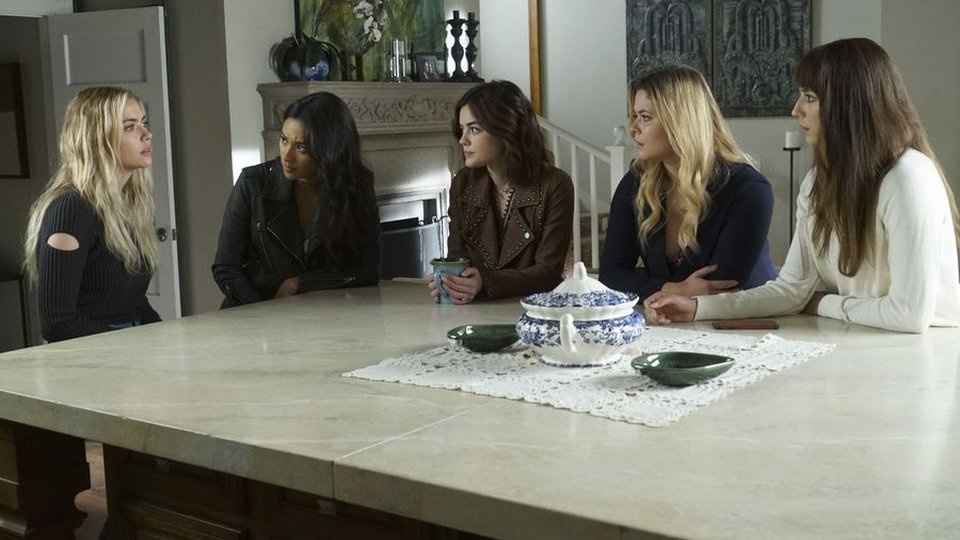 Hanna (Ashley Benson) flew solo on the latest episode of Pretty Little Liars as she set out to prove that Noel Kahn (Brant Daugherty) was A.D.

Lying to her friends, Hanna pursued Noel getting her hands on Sara Harvey’s (Dre Davis) phone in the process. She set up a meeting with him and tried to drug his drink but he smelled a rat. He took Sara’s phone from Hanna and warned her to be careful before leaving her in a bar on her own. Not giving up, Hanna distracted him at his parents’ cabin and knocked him unconscious.

Elsewhere in the episode Aria (Lucy Hale) teamed up with Jason (Drew Van Acker) and discovered that Noel may be Mary’s (Andrea Parker) other child, Spencer (Troian Bellisario) and Emily (Shay Mitchell) found a flashdrive with footage incriminating Noel from their time in the dollhouse (which was promptly stolen by A.D.), Emily turned to Paige (Lindsey Shaw) about A.D. leaving Sabrina (Lulu Brud) out in the cold, and Ezra (Ian Harding) confirmed that Nicole (Rebecca Breeds) hadn’t been found alive.

The summer finale is The DArkest Knight. The Liars face off with their enemies in a chaotic fight that ends fatally. One of the PLLs learns a secret about her past that changes everything while another Liar discovers something about her future that could alter her course forever.

Tune in to Freeform at 8/7c in the US on Tuesday and Netflix on Wednesday in the UK to see the episode. Preview it with our gallery below: