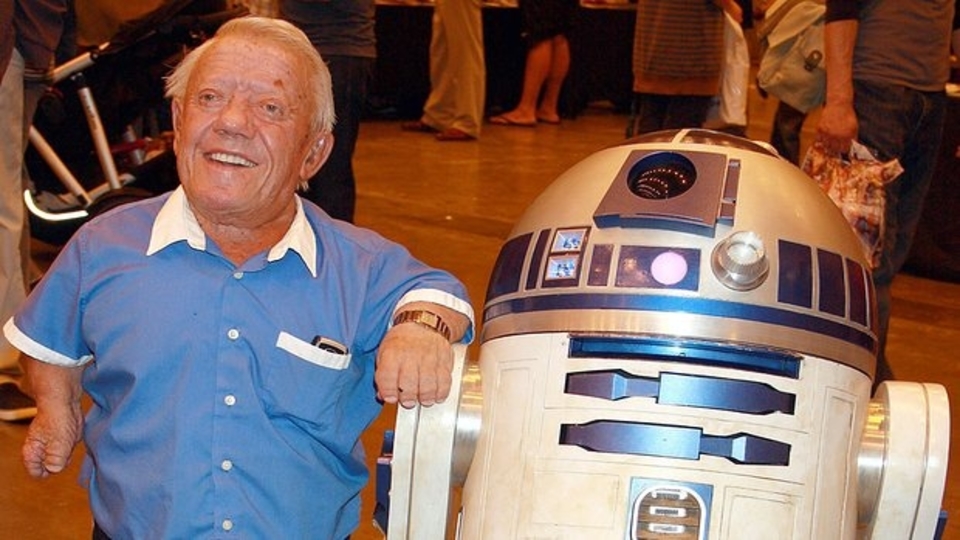 Kenny Baker, the unmistakable actor behind R2-D2, has died aged 81.

Baker, who had been suffering from a long illness, had appeared in six Star Wars films as well as Flash Gordon, The Elephant Man, Mona Lisa, Labyrinth, Willow and Time Bandits.

Baker was a consultant on last year’s Star Wars: The Force Awakens. British actor Jimmy Vee has already been lined up to take over the iconic role of R2-D2 in the next Star Wars film, due for release in 2017.

Familiar faces from the Star Wars universe paid their respects.

Star Wars supremo George Lucas said: ‘Kenny Baker was a real gentleman as well as an incredible trooper who always worked hard under difficult circumstances. A talented vaudevillian who could always make everybody laugh, Kenny was truly the heart and soul of R2-D2 and will be missed by all his fans and everyone who knew him’.

Anthony Daniels, who had the most screentime opposite Baker’s R2-D2 as C3-PO said: ‘Sad to hear of Kenny’s passing. One of the truly original cast, so famed for his iconic role as R2. He’ll always be remembered by so many fans’.

Mark Hamill aka Luke Skywalker took to Twitter and said: ‘Goodbye Kenny Baker – A lifelong loyal friend – I loved his optimism & determination. He WAS the droid I was looking for!’.

David Prowse, who played Darth Vader in the original Star Wars trilogy had tweeted: ‘Very sorry to hear about Kenny. He was a great personal friend that I thoroughly enjoyed working with’.

Warwick Davis tweeted: ‘RIP #KennyBaker. Sad to say goodbye to a small man with a huge heart & personality. He paved the way for short actors of a generation’.

Ewan McGregor, star of the three Star Wars prequels, tweeted: ‘So sorry to hear about this. It was lovely working with Kenny’.

Lucasfilm president Kathleen Kennedy said: ‘There is no Star Wars without R2-D2, and Kenny defined who R2-D2 was and is’.

Our condolences go out to the family and friends of Kenny Baker, he will be sadly missed by his legion of fans the world over.