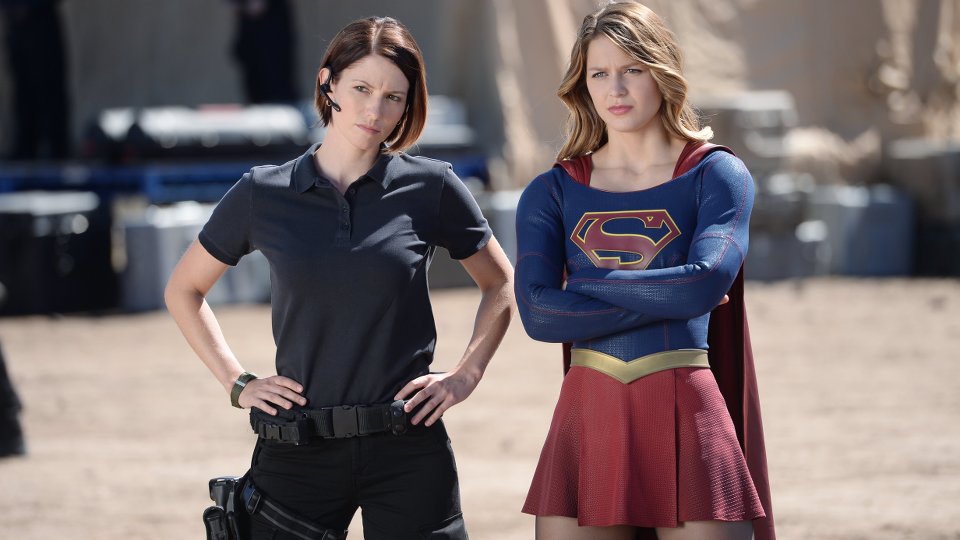 Superheroes may be struggling on the big screen at the moment but there’s no shortage of hit comic book shows on TV. Following the success of Arrow and The Flash, CBS decided to reboot Supergirl casting former Glee star Melissa Benoist as the titular character. Before the show had even aired critics were ready to drag it down but over the course of its 20 episode first season, Supergirl won over fans and proved its critics wrong.

Now available to own on DVD and Blu-ray, Supergirl: The Complete First Season does a good job of appealing to a wide audience with an eye firmly on families. Not as dark as Arrow and (so far) not as complicated as The Flash, Supergirl reminds you of the days when Lois & Clark: The New Adventures of Superman had you cancelling your plans on a Saturday night so you didn’t miss an episode. The show takes the well-known Supergirl story and turns it into a fun series with an intriguing cast of characters, great performances and a solid plot.

Kara Danvers (Benoist) aka Kara Zor-El, has been living with her foster family since the age of 12, learning to supress her powers and live like a human. Now working for Cat Grant (Calista Flockhart) in National City, Kara decides to use her powers to save the lives of others and teams up with Hank Henshaw (David Harewood) and her sister Alex (Chyler Leigh) to protect the world for alien threats. Confiding in her friends James Olsen (Mechad Brooks) and Winn Schott (Jeremy Jordan), Kara keeps her true identity under wraps as Supergirl begins to get media attention and become the focus of her Aunt Astra’s (Laura Benanti) evil plans.

Supergirl hits the ground running from the very first episode and thanks to a very strong ensemble cast it goes from strength-to-strength with each episode. Benoist’s turn as Kara/Supergirl is one of the best things about the show as she brings Kara’s vulnerability out in her human side but completely convinces as an ass-kicker when she transforms into Supergirl. As well as saving the world Kara finds herself involved in a love triangle with James and Winn, which plays out over the course of the season.

Calista Flockhart makes a welcome return to the small screen as Cat Grant, the owner of media corporation CatCo. Despite being quickly established as a harsh taskmaster with a loose grip on reality, it’s actually Cat’s relationship with Kara that becomes the heart of the show. Honestly I’m a bit worried about season 2 now that Cat will be a recurring character due to the show moving from Los Angeles to Vancouver for filming meaning that Flockhart isn’t available to be a regular.

Over the course of the season Kara comes up against a variety of weird and wonderful aliens and she becomes embroiled with the mysterious tech mogul Maxwell Lord (Peter Facinelli), who may or may not prove to be a valuable ally for her. Supergirl does a great job of pacing the action sequences with the quieter more dramatic moments, and it builds all of its characters admirably during the first season.

Special features on the release include a selection of behind-the-scenes featurettes, a gag reel, deleted scenes and footage from the 2015 Comic Con panel for the show.

Supergirl is moving from CBS to The CW in the US when it returns for a second season, which is a better fit and guarantees that the show will exist in the same universe as fellow DC shows Arrow, The Flash and DC’s Legends of Tomorrow. Supergirl has already crossed over with The Flash and a four-way crossover has already been confirmed for its second season. Personally I found the first season of Supergirl terrific fun, bolstered by a fantastic cast and engaging storylines. It’s one of my favourite new shows of the year and I can’t wait for season two.