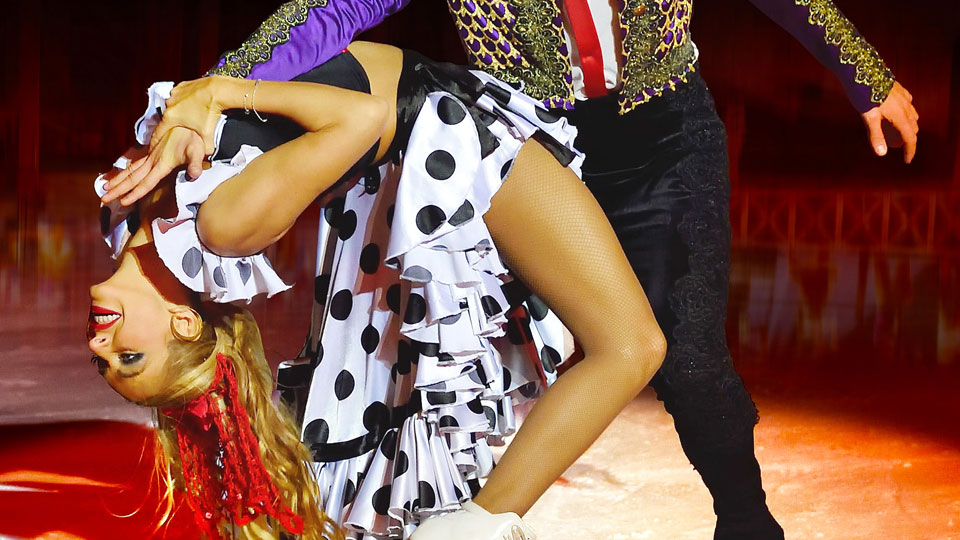 Direct from a summer season at the Iceberg Skating Palace in Sochi and as part of a Worldwide Tour, the spectacular Carmen on Ice glides into The SSE Arena, Wembley for a strictly limited run from Wednesday 11th until Sunday 15th January 2017.

The sensational production brings together over 60 World, Olympic and European championship skaters, ballet and flamenco dancers, circus performers, musicians and singers who will astound with their world class skating, awe-inspiring acrobatics, sublime dancing and singing. Set against extraordinary visual imagery on the ice, on the stage, in the air and through 3D projections, Carmen on Ice will thrill and enchant audiences of all ages.

Widely regarded as the undisputed leading creator of ice productions, Carmen on Ice is spectacularly brought to life by award-winning director and choreographer and world champion skater Ilya Averbukh. Over the last decade his ice creations have toured the world 11 times and have been seen by over six million people on stage and on television.

Based on Georges Bizet’s brilliant score contemporary composer Roman Ignatiev’s original musical version of Carmen on Ice gives a modern edge to the passionate tale of lust, seduction and betrayal.

Ilya said of Carmen on Ice; “I’m delighted to be returning to London next January and to the spectacular SSE Arena, Wembley. I wanted to push boundaries with this new production so I have brought together the very best in talent from skaters, musicians, acrobats and singers from across the world to create a brand new spectacle in Carmen on Ice.”

See www.ssearena.co.uk for more information and to book.

In this article:Carmen on Ice, Ilya Averbukh