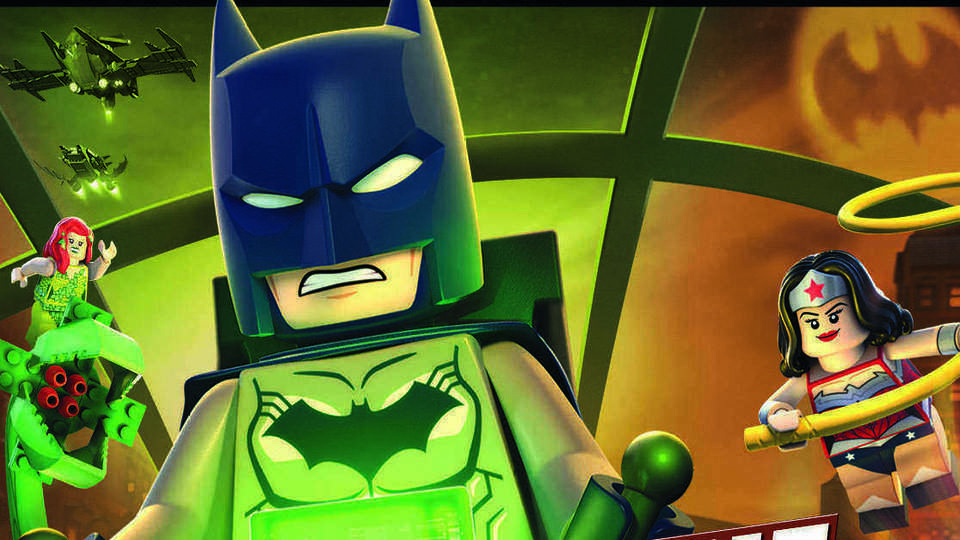 Don’t miss the chance to collect an exclusive Nightwing LEGO Minifigure, available with the Blu-ray™ only.

In LEGO DC Justice League: Gotham City Breakout the caped crusader reluctantly lets Batgirl and Nightwing take him on a long-overdue holiday from crime fighting, while Superman and the Justice League watch over Gotham City.

When Batgirl and Nightwing take Batman on a trip down memory lane – literally – to visit a key mentor from Batman’s formative years, the Bat trio encounters old nemeses, and invaders from the centre of the earth show Superman and other Leaguers just how busy Batman is on a regular basis.

It’s a brick-tastic battle on two fronts as Batman, Batgirl and Nightwing take on Bane and Deathstroke while the Justice League – with some help from a few Teen Titans – fends off an assault by many of Batman’s infamous adversaries and ensures Gotham City’s safety.

Join our favourite Superheroes in their battle against foes, both old and new, to protect Gotham City in LEGO DC Justice League: Gotham City Breakout, available on Blu-rayTM and DVD now.

For your chance to win one of 3 copies of LEGO DC Justice League: Gotham City Breakout on Blu-ray™, all you need to do is answer the following question below.