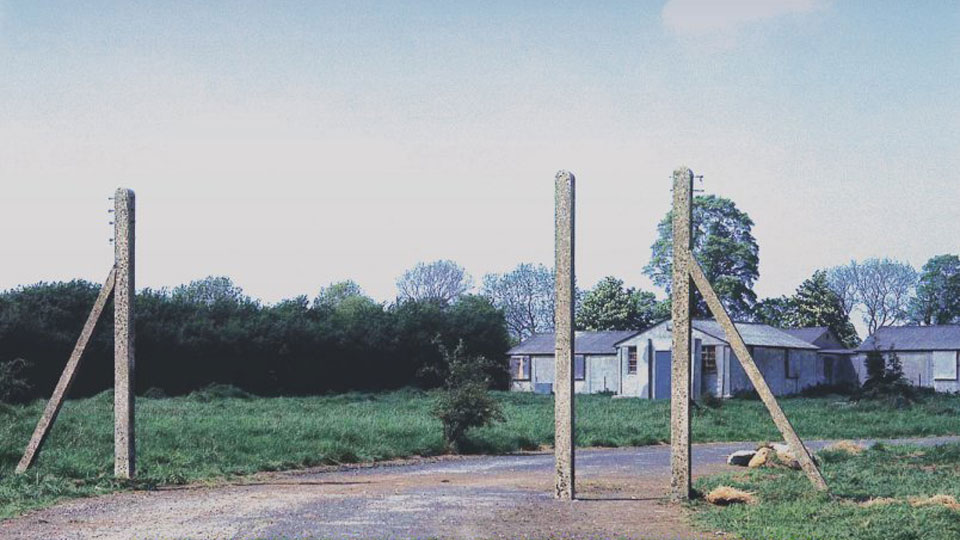 In the early 1970s, viewers of British television were treated to the intellectually-stimulating children’s science-fiction series, Timeslip.

Two teenagers, Liz and Simon (played by Cheryl Burfield and Spencer Banks) find a time corridor in a deserted Ministry of Defence naval base, which takes them to the near past and the near future where they meet alternative versions of themselves, as well as the important adults in their lives, including Commander Traynor (Denis Quilley).

Timeslip was way ahead of its time. It dealt with some concerns that were very topical, and others that were barely being talked about contemporarily.

The first set of adventures sees the children transported to the near-past, to the same deserted naval base, but as it was in 1940, just before the Germans took it over. The story plays on Cold War fears about what was being developed on the other side of the Iron Curtain. In the 1970s, children’s drama rarely patronised: this is a complex look at the East versus West political landscape of the time through the medium of an exciting and engaging drama. This is what all TV should aspire to be.

The stories that follow are no less thoughtful. The Time of the Ice Box, which is set in the far flung future of, um, 1990, tackles the subject of human cloning, decades before Dolly the Sheep hit the headlines and philosophers started to worry about our impending existential crises. The story also predicts the likelihood of computers becoming central to our lives and our jobs, though it does so as a way of warning us about something that’s now far too late to worry about.

The Year of the Burn Up also takes place in 1990, but an alternate version of the future in which global warming has left Britain a tropical climate. Who was talking about climate change in 1970? This is remarkable stuff, and made all the better for inverting a bit of casual racism from Simon in the first episode when he assumes a black woman is a savage, and she turns out to be very erudite and educated, and played by the wonderful Merdelle Jordine. That would have been a reversal of expectation at the time, and was a step forward in representing black actors on television.

The fourth and final series, The Day of the Clone, again sees the children return to the future, as the mythologies of the first three series collide. It becomes increasingly complex, not helped by the fact that Traynor has also been cloned by this point and there are two Denis Quilleys running around, but it’s all played with such conviction that it’s easy enough to just go along with it.

Despite having been shot entirely in colour, the episodes now exist solely in black and white, save for one single solitary outing in colour, which is the final episode of The Time of the Ice Box (found on disc three). In a way, this is a shame, but the harsh videotape of the era tended to make the colours rather gaudy anyway, leaving monochrome easier on the eye.

As child actors go, Cheryl Burfield and Spencer Banks aren’t too bad, if a touch earnest and pompous respectively. Undoubtedly they are helped greatly by having around them a great cast of experienced older actors. Most notable is Denis Quilley, who makes the series his own as the shadowy Commander Traynor. You’re kept guessing as to whether he truly has the children’s best interests at heart, or if he’s simply using his charm to manipulate them into doing his dirty work for him. There can be no doubt in anybody’s mind why John Barron would later be cast as Reggie Perrin’s barking mad boss CJ – he plays crazed scientist Morgan C Deverauz with some occasionally very interesting stylistic choices and delivery. He never fails to entertain, even when chewing the scenery. David Graham, perhaps best-known for his voice work on Thunderbirds, is terrific as an older, more serious Simon.

The old adage of ‘be careful what you wish for as you just might get it’ is often true, especially when it comes to desiring the return of beloved TV series from the past. So it proves with Timeslip, with one of the extras comprising a dramatisation from the early 00s which reunites the middle-aged Cheryl Burfield and Spencer Banks with Ian Fairbairn in a cringe-inducing short feature. Fairbairn comes out of it best: just. Ill-advised curiosity that must have seemed a good idea to somebody aside, there is a quality documentary called Behind the Barrier, an hour and a half in length, that is well worth the time of any Timeslip fan. It was made in time to capture the memories of the late co-creator of the show Ruth Boswell, who died last year, as well as featuring archive footage of writer Bruce Stewart, who died in 2005. The thorough documentary, which features the surviving actors, covers all aspects of production and is a fascinating look at the making of a television classic.

It’s time to revisit Timeslip, or take the journey if you’ve never seen it before. Highly recommended.