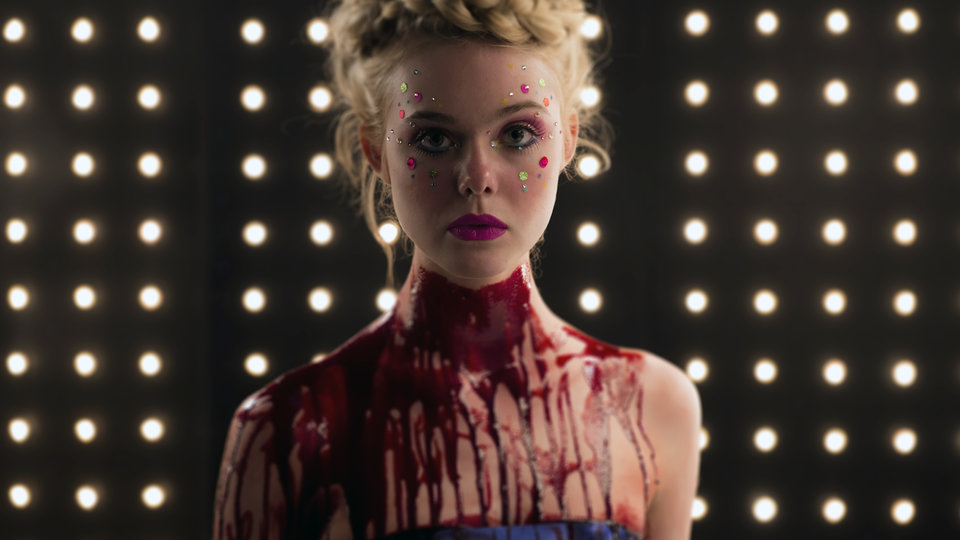 The Neon Demon is a beguiling classic that lingers long in the mind. A stunning piece of cinema from a true auteur, Nicolas Winding Refn has delivered a gorgeously conceptualized nightmare that completely seduces your senses.

For all of his endeavour, Refn has crafted an avant-garde tale that fully embraces the past – delivering a medley of retro-inspired visuals, sounds and performances that perfectly capture the sun-soaked, seedy underbelly of a glossy Los Angeles, high on its own sense of importance.

Jesse (a sensational Elle Fanning) is a 16 year-old orphaned teen who comes to LA looking for fame and fortune as a model. She is befriended by Ruby (Jena Malone), a local make-up assistant and is introduced to her model friends Gigi (Bella Heathcote) and Sarah (Abbey Lee). Everyone is vying for the limelight in the cut-throat world of high-end fashion, and Jesse’s introduction to the scene causes major ripples that affect everyone she interacts with. As she begins to be seduced by the lifestyle, the industry becomes obsessed with Jesse’s innocent, young beauty – something that’s dangerously coveted by all.

The premise of an aspiring model looking to make it big isn’t a new one, but the sheer passion and threat that Refn imposes onto the plot makes this a captivating affair that constantly keeps you guessing. Blanketed in beauty at almost every turn, The Neon Demon is a supermodel of its own crafting, and the sheer magnetism of Fanning’s performance deserves huge praise for elevating this story onto a new plateau. She is simply stunning here, delivering a leading turn that instantly grips you with a bewitching mix of innocence, beauty and allure.

Malone really impresses as Ruby and gives the film a nice balance, especially when it comes to her interactions with Fanning. Heathcote and Lee (providing two faces of the same fashion coin) are a joy to watch too, with both women desperate for success and adoration. The dynamic these four key actresses have created gives The Neon Demon its pulsating heartbeat.

Keanu Reeves is memorable as a sleazy motel owner and Refn favourite Christina Hendricks has a nice cameo as the head of a model agency who has seen it all before. Desmond Harrington hands in a very strong supporting turn as a famous industry photographer, while Karl Glusman is solid as Jesse’s would-be boyfriend Dean. Their late-night date driving around Hollywood sparkles with genuine chemistry too – echoing that great Gosling/Mulligan montage from Drive.

The visuals are jaw-droppingly gorgeous and the music used throughout the film perfectly complements one another. Electro vibes fuel this tale and the marriage of audio and visual is near perfect as this story transports you to a world both familiar and so far removed from the norm. Evoking strong emotions throughout, you’ll be hard pressed to find a more visually alluring film all year.

The Neon Demon will go on to define this part of Nicolas Winding Refn’s career, much like Drive did back in 2011. Drive still holds the crown, but The Neon Demon is perhaps the most masterful use of Refn’s talents that we’ll ever see onscreen. Destined to divide audiences, The Neon Demon is exactly what a successful and experimental art/film/music project should aim to be – something that challenges the viewer, cocoons them in stunning, moving imagery and injects your soul with verve and fright. A simply unmissable affair.