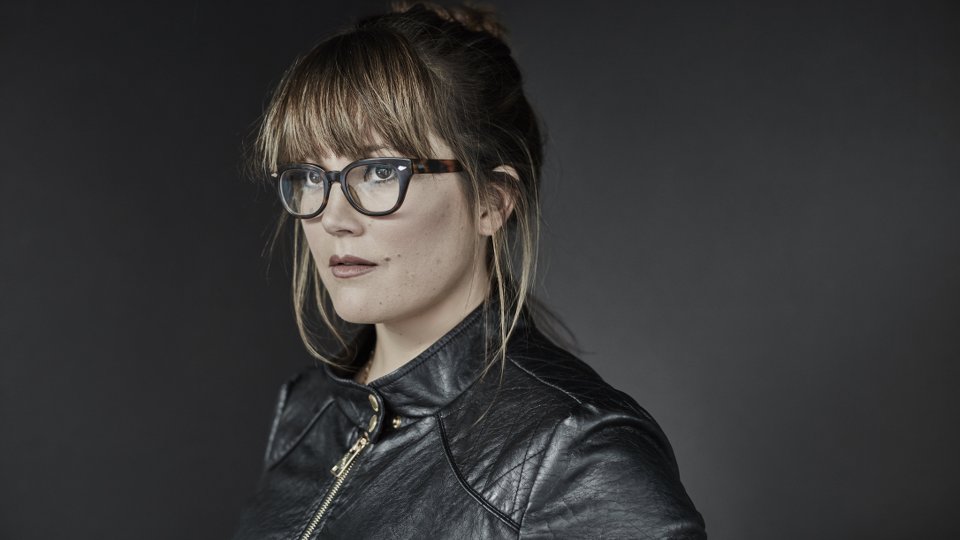 As Grammy Award-winning group Nickel Creek celebrated its 25th anniversary back in 2014, Sara Watkins was already eagerly looking to her next project.

Going through what she describes as a ‘transformative’ period in her life, the singer, songwriter and multi-instrumentalist vowed to positively embrace change, a theme which is at the forefront of her powerful new album Young In All The Wrong Ways, due for release on July 1.

I spoke with Sara about her third solo recording as she hit the road for pre-release touring in New York, this week.

This album seems to have a much bigger and bolder sound. What did you set out to achieve when you knew you wanted to work on another solo project?

I had specific goals for this record. The first record was less arranged and more just kind of performance, and sort of me establishing a home base, and the second record was a lot of overdubbing and building up tracks vertically and discovering songs that way, and this is the first album I wrote or co-wrote all the songs on over the course of about a year and a half I think.

A lot of the arrangements were built into the composition of the song but then they really, really came to life and a lot was contributed by the guys playing songs in the studio. The songs really developed quite a bit from there – just playing in the studio a few times before pressing record.

When did you start the writing process?

I started writing probably December 2014 and then we recorded 2015.

So, really straight after the last Nickel Creek album, A Dotted Line, was released?

Yeah, kind of during. I feel like it happened just before that tour; I started coming into the place where these songs came out of.

You described it as ‘a break-up album’ to yourself. What did you mean by that?

I mostly was referring to one or two songs in the album as that. A better picture of what the album’s about is it has to do with a course adjustment in life where all of us, every five or 10 years, come into this place where you look around and realise, ‘oh, I didn’t mean to be here, let’s move on’ and sometimes developing that forward motion again can be disruptive. I was deliberately choosing to embrace the disruption as a positive change. Consciously I wanted to perceive that feeling that I’m moving forward and doing things I haven’t done before so some of these songs I’m singing to myself saying ‘let’s make the right changes’ and other times I’m relating to other relationships around me, or maybe in my life, friendships and all kinds of relationships.

How do you manage going from being in the band to working again as a solo artist?

I really love doing both. Having grown up in the band I love the camaraderie, but I also really enjoy getting to put out my own album and having it be a little bit more singular – they help each other.

The new album seems to have a lot of different genre influences. Were you trying to lead it in any direction, or did it come together organically?

I think the instrumentation on the record is what I’ve really enjoyed playing with lately. People I’ve known for quite a long time flew over from Los Angeles, many I’ve known from Watkins Family Hour, which is a band I toured with last year. It just seems like a natural fit, this particular combination of people, and we didn’t really question it too much.

There was nothing in particular that came to me, like, ‘oh, I want to make a record like that…’ I knew that I wanted it to be a bit more aggressive than anything I’ve done in the past, just because that’s part of the lyrical content, and just how I’m feeling in general right now, and so the instrumentation was a no-brainer to me.

What did working with producer Gabe Witcher bring to the album?

Gabe is an old friend, a great musician and someone whose opinion I really, really trust and I think he did a really, really good job, and I enjoyed working with him a lot.

In a tangible way, he played rhythm and electric guitar, and a bunch of other stuff, and he arranged orchestration and the horn parts. He’s just got a great sensibility. We recorded most of the album at United Studio (formerly Ocean Way) in Los Angeles.

You’re returning to the UK to tour in November. What are you looking forward to most?

I’ve been before with Nickel Creek and I’ve done at least two tours under my own name. It’s a totally different touring experience over there and of course (I’m looking forward to) the audiences. I don’t know if there’s more players over there or what but it feels like the audience is listening in a different way and that will be really nice.

How is the pre-release touring going in The States so far?

I’m in a trio and we’re just starting the touring because obviously it hasn’t come out yet. We’re doing some pre-release shows and then we’ll be out all summer here before we get to the UK.

What’s been the reaction to those early releases at live shows?

So far, so good. I’m really happy with the album and really excited to go out on tour.

Is there any future Nickel Creek projects lined up?

We don’t have any concrete plans at the moment but we stay in touch and we love to play together. It takes a bit of logistical planning to actually get our schedules to all line up to play together but I’m sure it will happen, sometime.

Sean (Watkins) had this really, really great album that came out in the spring, called What To Fear and he did some touring over the summer. Chris (Thile) is busy transitioning into hosting A Prairie Home Companion, as well as other things, I’m sure. So they’re both quite busy and we really enjoy cheering each other on, and getting to see what everyone does.

You’ve just finished a seven-week US tour with Patty Griffin and Anais Mitchell, as part of the League of Women Voters’ Use Your Voice Tour. Can you explain the aim of the project?

The League of Women Voters is a non-partisan group that provides voter registration and voter information to people in a non-partisan way, particularly local issues. Each city and county, or state, has a lot of different, smaller elections that no one notices. So Patty arranged it and she had a big goal to try and bring awareness to that and particularly women are not showing up in the numbers they should, which means they’re not being represented or they’re not representing themselves.

It was really nice to do a tour that wasn’t about an album promotion, just a common issue. It was a great tour to be on and it was really well received. I think also at those shows, something that’s not polarising is appealing to us, trying to find commonalities and finding a way to co-exist is something people are really craving right now.

Sara’s album Young in All the Wrong Ways is released on Friday 1st July 2016. Watch video for album track Move Me below:

Sara Watkins will play dates in the UK and Ireland in November: