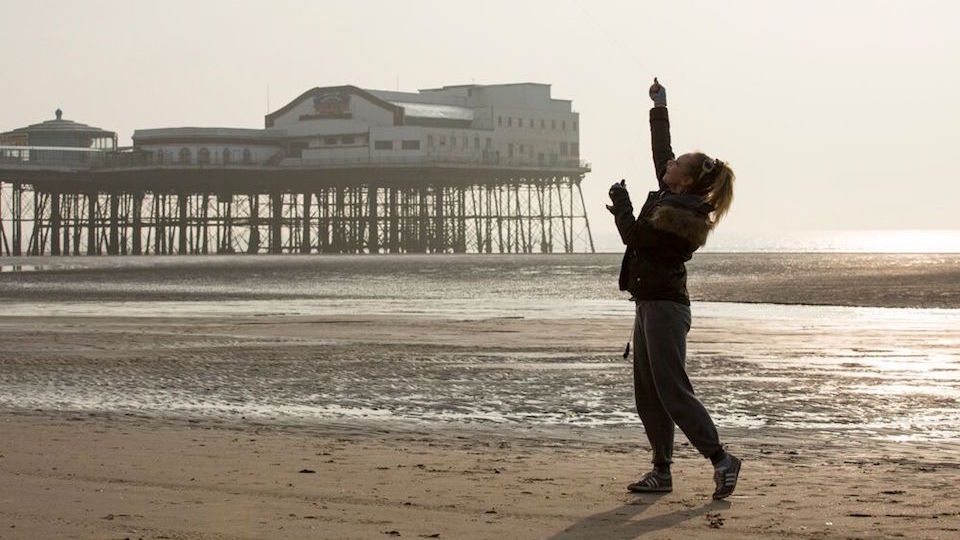 I wasn’t born in Blackpool, but I was raised there, from 5 years of age to 20 when I left to go to university. The small seaside town is where I grew up, and played a huge part in my formative years. Even now I still consider it my hometown. And there’s something about seeing your hometown on the big screen that is very special. All those landmarks from your youth, they have a deeply romantic pull to them. It is no wonder that so many people who fall on hard times find themselves being drawn to Blackpool, where they had so many happy memories from so many years ago. But what they find now is a crumbling façade of glitz and glamour, with a rotten core underneath. A genuine black pool of poverty and misery.

And I’m sad to say that pretty much sums up Away – the film I was most looking forward to seeing at this year’s EIFF, and has so far been the biggest disappointment. Directed by television veteran David Blair, the film is essentially one of those ubiquitous British TV dramas about poor people being miserable up North. Away stars Juno Temple as Ria, a young girl who runs away to Blackpool to escape her violent drug-pushing pimp. She latches onto Joseph (Timothy Spall) a suicidal alcoholic who has come to Blackpool to kill himself. It’s essentially Leaving Las Vegas (of the North).

Credit to DP Felix Wiedemann for making the town look good, even the grimy parts. But I am still utterly bemused by the decision to cross cut the narrative, constantly jumping back and forth. At times it was so arbitrary I thought the reels were being screened out of order. There is no artistic reason that I can see for this story being told in a non-linear way. To me, it shows a lack of faith in the material.

Also, as Ria wears the same outfit in the entire film, and it is never properly defined where she was before she ran to Blackpool – just some other run down working class town – you’re never quite sure where you are. For such a simple character drama, they’ve really gone out of their way to make it complicated.

The performances are decent, but like everything else in this film, they are let down by the weak material. It is just relentlessly dour and downbeat, to the point of parody. It aims to be a profound story of love, loss and hope, but sadly nothing about it rings true – just like Blackpool.