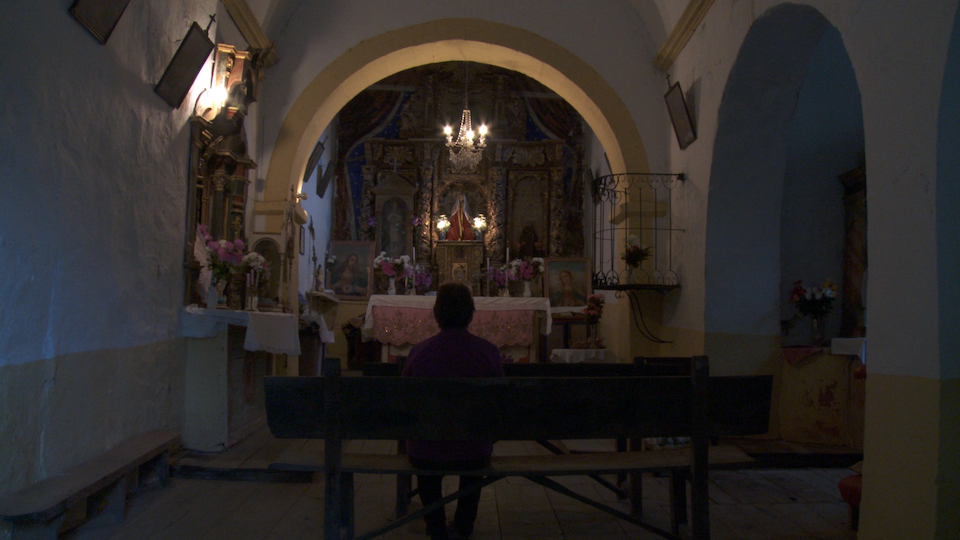 Starting its life on Kickstarter, this mysterious and thrilling documentary about life in a crumbling village in rural Galicia, Northern Spain received its World Premiere at the Edinburgh International Film Festival this evening. Directed by Brooklyn based filmmakers Andrew Becker and Daniel Mehrer, the film chronicles the story of a Dutch couple, Martin and Margo, who gave up their city lives in Holland to travel Europe. On their travels they decided they had one goal in life, and that was to find somewhere to settle, away from the rules and regulations of modern society, and simply live off the land.

They find this in the tiny village of Santoalla. A pueblo that over the centuries has been abandoned and left to ruin. There is only one other family in the village, and despite initial appearances, they don’t take kindly to outsiders. Martin is an ambitious man, and has dreams and visions for the village. He not only wants to renovate the ruin that he and Margo bought, he wants to slowly restore the village. He wants to bring it back to life, and make it a fully sustainable economy, initially built on rural tourism. His plans make him famous in Galicia, and there is even a news story about him.

Then one day in 2010, Martin drives out to go shopping, and he disappears off the face of the earth. Covering more than a decade, the film makes use of home movie footage and extensive news coverage in the aftermath of Martin’s disappearance to create a fascinating portrait of the people at the heart of this terrible story.

With their own stunning photography alongside interviews with Margo and her neighbours, the directors have crafted a thrilling, moving and at times shocking piece of work. The hoary old adage of truth being stranger than fiction has never been more apt.

I’m reluctant to say any more about the film, as I don’t want to stumble into spoiler territory. It seems strange to talk about spoilers when discussing a true-life story, but I knew nothing of this when I saw it, and would encourage those planning to see it to go in cold. Come to this film with no expectation or prior knowledge and just let the facts unfold in front of you. It will blow your mind.