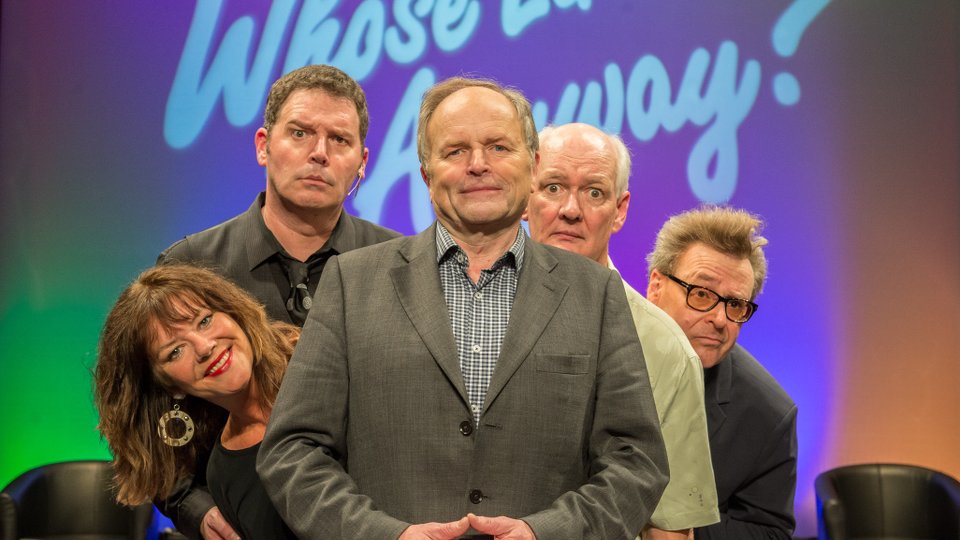 Anyone who grew up in the late 80s or the 90s will likely remember Whose Line Is It Anyway? The improvised comedy show, which started off as a radio programme, ran from 1988 to 1999 with Clive Anderson hosting as a rotating roster of comedy performers participated every week. The aim of the game was improvisation with the performers being asked to act out a variety of weird and wonderful situations dictated by Anderson and the studio audience. The show was a mix of farce, stand-up and music that was frequently laugh-out-loud.

Whose Line Is It Anyway? Is still going strong in America airing on The CW and hosted by actress Aisha Tyler but here in the UK it’s been off our screens for far too long. A limited run of the show has returned to the West End this week taking up residence in the Palladium with popular performers from the series participating. Clive Anderson is back as host for the shows with performers Colin Mochrie, Greg Proops, Josie Lawrence, Brad Sherwood and Jeff Davis on hand to provide the entertainment. Original show creators Dan Patterson and Mark Leveson are also on board for the show’s latest live theatre outing.

Sticking closely to the format of the original series the show saw the performers and host Anderson running through a variety of games delivering some truly wacky and hilarious entertainment. Whether it was a Cabaret inspired song about construction workers and trying to cut through a fence in the style of Midsomer Murders, the performers put their everything into the show. One particular highlight was Greg Proops and Colin Mochrie acting as Pinocchio and Geppetto and having to read out lines of dialogue written by the audience.

The beauty of Whose Line Is It Anyway? has always been the unexpected things that occur during the comedy sketches. With the show being on stage rather than edited for TV, it was less restricted and the filter was well and truly off. Audience participation, which included people joining the cast on stage and shouting out themes and ideas for various games, was definitely uncensored and last night’s audience seemed to have a preoccupation with gynaecologists.

Brad Sherwood, who has appeared on both the UK and the US versions of the show, was one of the standout performers last night. Bringing a lot of laughs and plenty of smut, the games he was involved in tended to be the ones I found the most hysterical. Josie Lawrence performed with gusto showing off a remarkable singing voice and delivered one of the biggest laughs of the night with a song about a syringe. The other performers were fantastic too. Jeff Davis brought a lot of zany energy to the stage and Whose Line Is It Anyway? legends Colin Mochrie and Greg Proops have lost none of their comedy timing.

I have to admit I was surprised just how much I enjoyed Whose Line Is It Anyway? live at the Palladium last night. I expected to feel nostalgic remembering back to the days I watched it avidly on TV but I didn’t expect to cry with laughter for pretty much the entire duration of the show. As was always the case not every game and moment landed with the audience but the overwhelming majority did and I felt I had as much fun watching as the performers did performing. I hope that Whose Line Is It Anyway? will be back on stage sooner rather than later and surely it’s time for a revival on British screens?