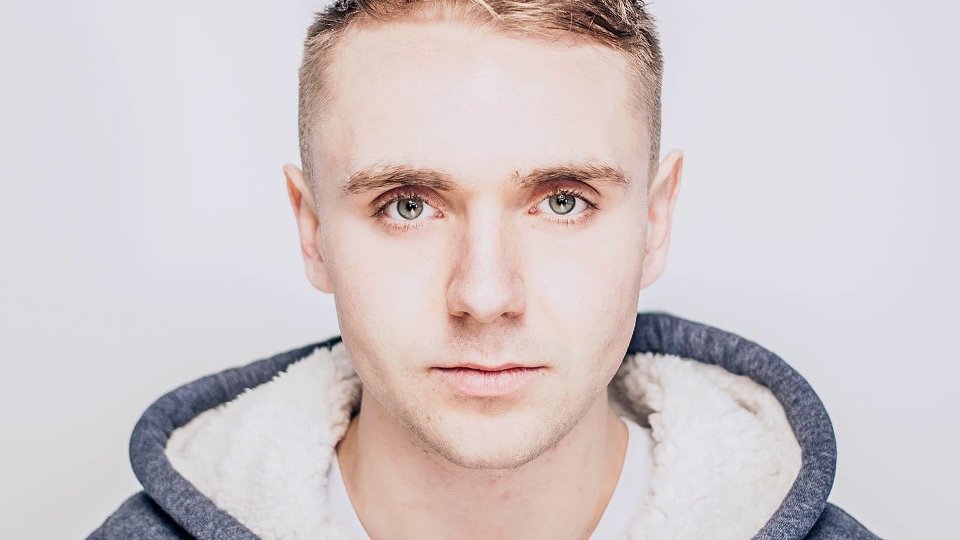 Film-maker Lloyd Eyre-Morgan has built himself a solid reputation in the world of LGBT cinema with his hits Dream On, Celluloid and Three in a Bed.

For his latest project Eyre-Morgan serves as co-writer, director, actor and editor working with writer/actor Rob Ward to bring 3-part British LGBT drama Outings to life. Outings is released on Monday 13th June 2016 through TLA Releasing so you can get your hands on a copy then.

I caught up with Lloyd to find out more about Outings, talk about the challenges of being so involved with the project, and to discuss the potential future of the series.

Hi Lloyd. How are you? Where does this Q&A find you today?

Hello! Very well thank you, I’m currently in the south of England working on a new project which we are filming this summer called Kill Pill.

Your new project Outings arrives on DVD this month. What’s it all about?

Outings is a passion project from Rob Ward and myself, we wanted to make our own series about our experiences of being gay and in your 20s. The project was made from passion and determination; we wanted to tell our stories and experiences through these episodes.

You play the roles of writer, director and actor. How challenging is it to juggle the three?

It was a certainly challenge and pretty stressful at times ! I also edited the series by myself (twice, the first time I did the sound layering wrong and had to edit the whole thing from scratch). It took 2 years to make this project , and I’m extremely proud of what we’ve achieved. If we are lucky enough to gain support for a series 2 I will be bringing in external directors and just sticking to co-writer and actor!

In Outings you play the role of Kane. What do we need to know about him and why did you decide to play him?

Kane is basically a much more naïve and weirder (I hope) version of myself. I wrote him and decided I had to play him as I knew exactly where his heart was and his struggles (I’ve been there in the bedroom myself). I think we see him grow more confident throughout the series and his awkwardness does provide some comic relief. I just hope in series 2 he does a lot better with men. This show is certainly not going to do me any favours in the dating world, I also demand a new hairstyle if we make a second series.

Where did the inspiration for Outings come from? Is it based on personal experiences from your life?

Definitely episode 1 for me which I wrote, I struggled finding my place in the bedroom with partners and it caused me a lot of stress when I first came out of the closet. I haven’t seen this story told before either, as mostly gay sex is quite glossy in film and television. I wanted Outings to kind of feel a little bit like a gay version Girls when it came to realistic sex scenes.

There are three episodes featured on the DVD release. When can we expect more episodes of the show?

If people like the show and there is a demand for it, we’ll aim to make more, that’s all I can really say at this point. But if you do like it please email TLA Releasing and let them know!

If you weren’t playing the character of Kane, is there another character you would have liked to play? Who would it be and why?

Hmmmm I think I’d like to play someone a little bit more sassier like maybe Poppy; she’s awesome, and just doesn’t care about her thoughts and is so quick and witty! Poppy was definitely one of the favourites for me and Rob to write.

You’re known for your film and stage work. Why did you decide to do a TV series style project?

I wanted to do a project that could have it’s own expanding universe, and also I wanted to work with someone else. I approached Rob Ward who is a close friend of mine known for co-writing the extremely successful theatre show Away From Home. Together I think we’ve created the start of a universe which we both hope to expand upon.

I’m working on a horror film called Kill Pill with Neil Ely (who I previously worked with on Three in a Bed). It’s a step away from the LGBT genre and an exciting new venture. Last year I won the Best of British Iris prize with £14,000 postproduction facilities at Pinewood studios, which I’ll be using on this project. We currently have a live Kickstarter (launching Monday) where we are looking for help with this new project – https://igg.me/at/KILLPILL Watch this space!

Why should people pick up a copy of Outings and watch it?

Nothing LGBT focussed in on television at the moment, Looking is no more, Cucumber is gone, so we made this to fill the void. It’s fun , it’s honest and it’s just the beginning of something we hope can go on for the next few years with future seasons of the show.

Outings is released on DVD through TLA Releasing on Monday 13th June 2016. Watch the trailer for the series below: