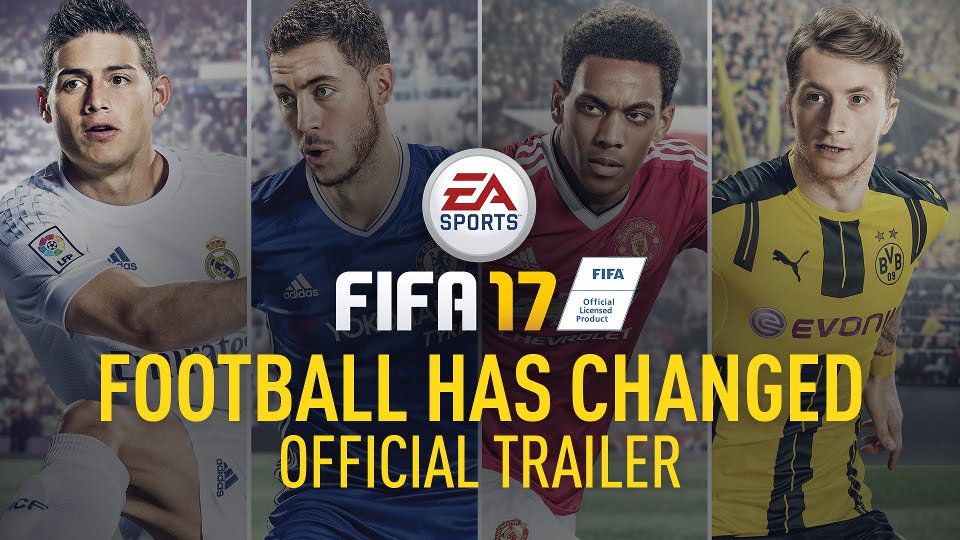 Electronic Arts has revealed that EA Sports FIFA 17 will be powered by their Frostbite engine. EA uses the engine for many of their other titles including Battlefield, Need for Speed and Mirror’s Edge.

The switch to Frostbite promises to deliver authentic, true-to-life action, taking players to new football worlds, and introducing fans to characters full of depth and emotion.

FIFA 17 introduces four new football ambassadors who have influenced complete innovation in the action on the pitch. James Rodriguez of Real Madrid C.F., Anthony Martial of Manchester United, Eden Hazard of Chelsea FC, and Marco Reus of Borussia Dortmund are four world-class attacking footballers who are capable of changing any game. They all worked with EA Sports to bring to life the gameplay innovation which will be revealed at EA Play. The ambassadors also appear in the FIFA 17 pre-order offer as loan players in FIFA 17 Ultimate Team.

Watch the FIFA 17 reveal trailer below:

To see the full debut of FIFA 17 powered by Frostbite, fans can watch their pre-E3 event, EA PLAY on June 12th at 9:00pm BST.

Fans who pre-order FIFA 17 Super Deluxe Edition can get up to 40 FIFA Ultimate Team Jumbo Premium Gold Packs, Team of the Week loan players, and other FUT content.

Players can sign-up to become an EA Sports FIFA Insider to get the latest game news, videos, and exclusive Insider content via email.

FIFA 17 is developed by EA Vancouver and will be available in North America on September 27th and worldwide on September 29th on Origin for PC, Xbox One, PS4, Xbox 360 and PS3.