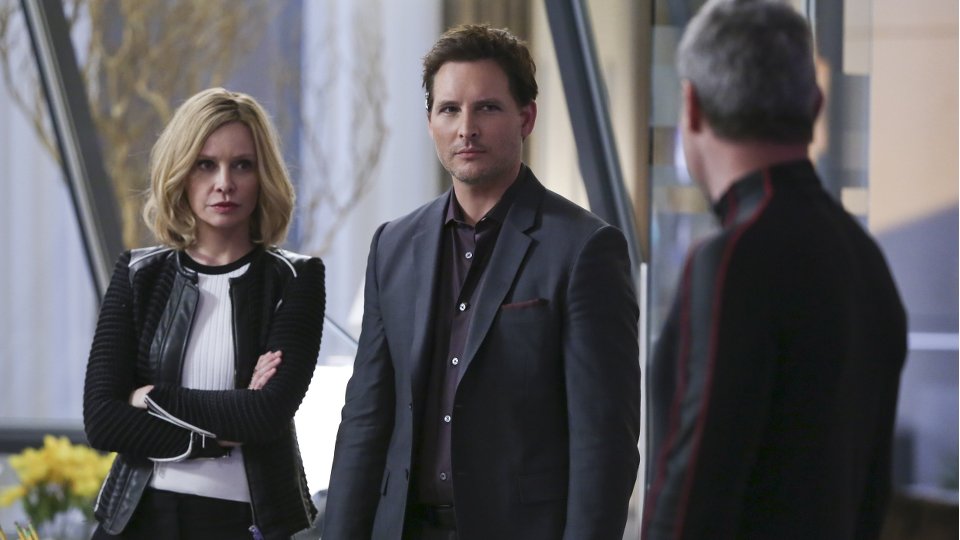 Cat (Calista Flockhart) was the target of two enemies on the latest episode of Supergirl.

Barry Allen (Grant Gustin) accidentally found himself in National City after jumping from his world to a parallel one while training to increase his speed. His arrival coincide with Siobhan (Italia Ricci) discovering that her family was cursed with the spirit of a banshee that could only be defeated if she killed the person who wronged her.

Siobhan transformed into Silver Banshee and freed Livewire (Brit Morgan) to help her kidnap Cat. Barry teamed up with Kara (Melissa Benoist) and her friends to stop their rampage and when they managed to subdue them, Kara won back the trust of the city.

At the end of the episode Kara kissed Jimmy (Mechad Brooks) who, along with the citizens of National City, was revealed to be under some kind of spell.

The next episode of the season is Myriad. Kara, Maxwell Lord and Cat Grant must pull together to save the city as Non and Indigo put their devastating plan into motion.