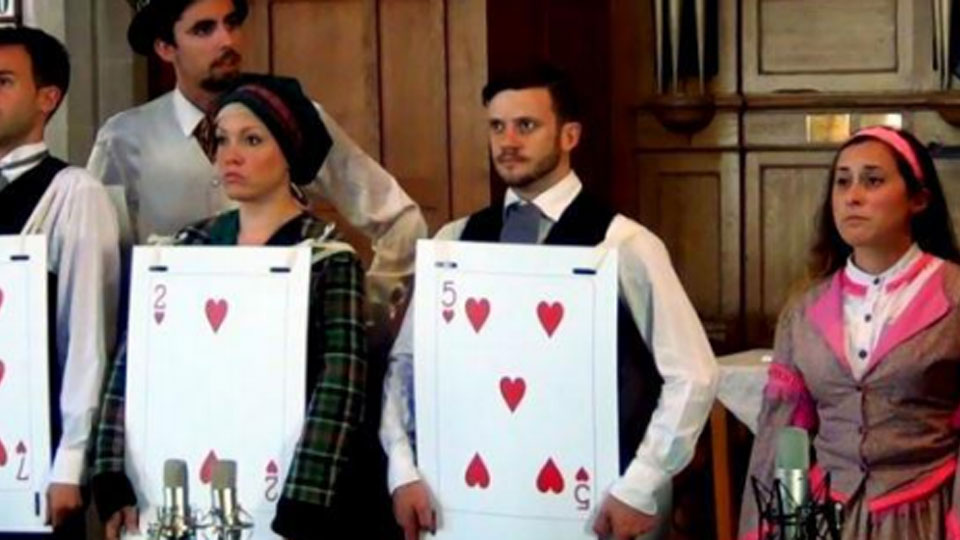 This ultimate Oxford musical uses his absurd ‘Alice’ characters, text and songs to reveal the tragic story of his love affair with Lorina Liddell – Alice’s mother in real life.

Set between 1855 and 1865, this new and exciting musical reveals the relationships between the young bachelor CLD and the Liddell family. Although CLD was a cleric, and therefore required to remain single and celibate, he fell in love with Lorina Liddell. Henry Liddell was a cold and unsympathetic husband and father who initially turned a blind eye to his wife’s affair as he himself enjoyed a close relationship with Arthur Stanley, a senior member of Christ Church. Meanwhile CLD enchanted Liddell’s daughters with his stories and was treated as a member of the family.

All this changed when Lorina became pregnant by CLD and Arthur Stanley married. CLD was threatened with expulsion from Christ Church. Liddell finally decreed that CLD could stay on condition that he never had contact with his family again. CLD suffered a nervous breakdown and never recovered emotionally from these tragic events.

Writer Jane Bramwell comments, “I have been an Alice in Wonderland fan since I was first given the book at the age of eight. When I read more about Carroll, the person who actually interested me was Charles Dodgson. Here, I have tried to write something funny and dramatic which will take the audience back to Carroll again, and prompt them to examine the questions about the real man which so intrigue me.”

2015 was the 150th anniversary celebrations of the publication of Alice in Wonderland. A year on, this musical re-opens the Alice doors and explores CLD’s life anew.

Advertisement. Scroll to continue reading.
In this article:CLD: The Real Lewis Carroll