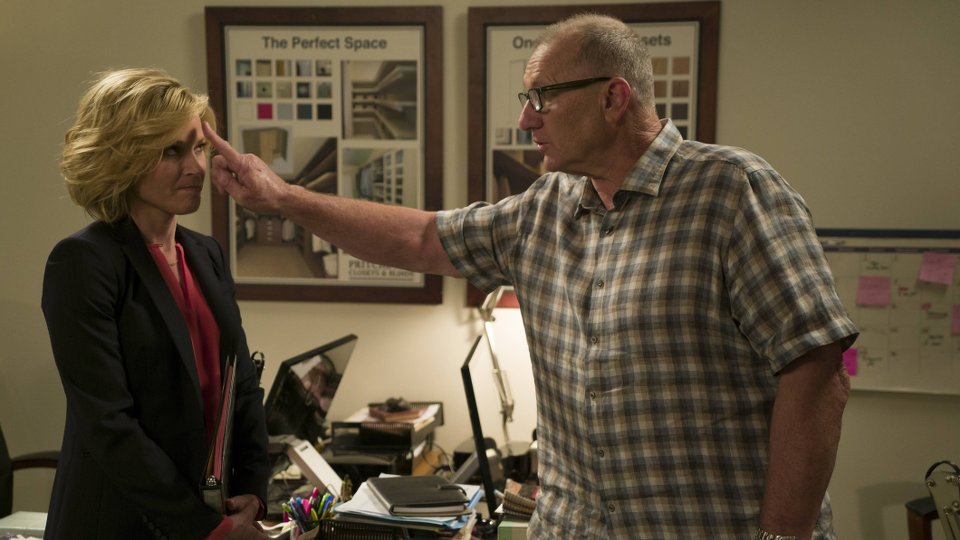 The family took a train ride to attend Dede’s (Shelley Long) wedding on the latest episode of Modern Family.

Claire (Julie Bowen) was put out when Mitch (Jesse Tyler Ferguson) revealed that their mother had only asked him to do a speech and that he’d asked Claire to help so she wouldn’t be upset. Angry at her mother Claire managed to persuade Mitch that their mother was awful just as Jay (Ed O’Neill) spoke out of turn about his ex-wife without realising that one of the children of her husband to be was on the same train.

The season finale is Double-Click. Phil catches Luke in a compromising position. Meanwhile, Cam and Mitch make plans to spend the summer apart.