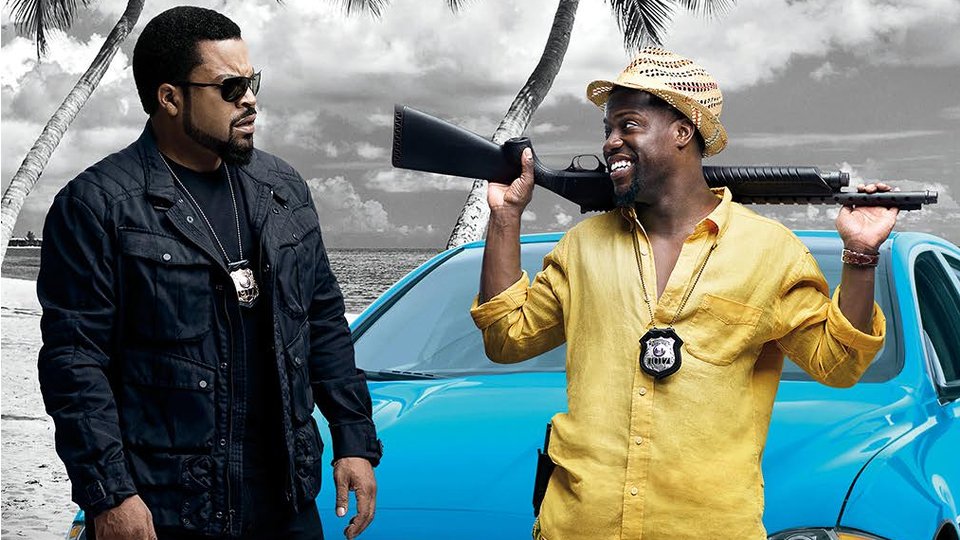 Hardened cop James Payton (Ice Cube – Three Kings) is still dealing with his soon to be brother-in-law Ben Barber (Kevin Hart – Let Me Explain), who is fresh out of the academy and looking to prove himself as a police officer. When a case takes James to Miami, he reluctantly brings along Ben as a favour to his sister on the eve of her wedding. Once in Miami, the cop duo work alongside local detective Maya (Olivia Munn) to shut down the workings of Antonio Pope, a corrupt public figure (Benjamin Bratt).

Ride Along made a lot of box-office money so a sequel was always going to happen. The first film had rare moments of fun as Hollywood looked to rekindle its love affair with the buddy-cop genre. We have never managed to reach the highs of 1995’s Bad Boys though – the benchmark for a buddy-cop action-comedy. Ride Along 2 continues to be a step in the right direction, but there’s still plenty of work to be done before we’ll get another classic like Bad Boys on our hands.

So it’s more of the same this time around, but thankfully Kevin Hart’s character has been toned down a little. The most unbelievable aspect of the first film was Hart’s over-the-top character. He’s still hapless in Ride Along 2 but less so in the sequel which can only be a good thing. This isn’t a reflection on Hart as a performer, who does what he can with the pedestrian script and tries hard to elevate the comedy. A scene where Ben is calmly demonstrating why a girl should give up the whereabouts of her lover to the police using only mobile ringtones is actually genius.

Ice Cube is always worth a watch and is his usual brash and brilliant self. This time around he shares a good dynamic with the gorgeous Olivia Munn, who elevates any film she is in. Ken Jeong is on-hand for quick-fix comedy, playing an informer who has to work with Ben and James to stay alive. Tika Sumpter once again has little to do other than to look pretty as Ben’s fiancée but the always brilliant Benjamin Bratt steals his scenes as the villain. Someone give Bratt some more starring roles – he’s too charismatic and should be featuring a lot more in Hollywood.

Ride Along 2 is watchable and an improvement on the first. It’s instantly forgettable though and should have aimed higher on practically every level. Tim Story’s direction is also heavy-handed at times and aims for dated style over substance far too often. There are a few good action set pieces but on the whole, this could have been handled a lot better. But to its credit it does focus more on being an actual buddy-cop film this time around, which makes Ride Along 2 much more watchable than its predecessor. Maybe third time’s a charm for this franchise?