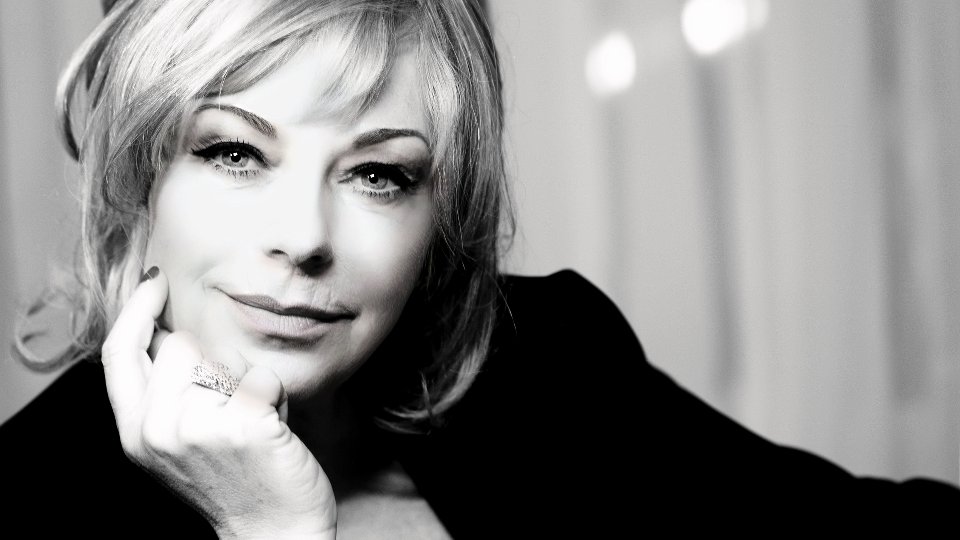 Mari Wilson is a jazz, pop and soul singer. She is back with her new album, called Pop Deluxe and we were invited to the St. James Theatre in Victoria to hear songs from the album, as well as her classic songs and many covers. Just What I Always Wanted was Mari Wilson’s biggest hit and along with her backing band The Wilsations, she scored six UK Top 100 singles in the early eighties.

Wearing a floor-length red dress, she looked every inch the glamorous stage diva, her down to earth approach however warmed her to the audience, with lots of self-depreciation and jokes – telling the audience that in her mind, it was still 1957! The music certainly fitted that era and we enjoyed listening to her take on classic songs.

Mari and her band delivered a lovely and relaxing set. Each song was like being back in a time-warp, as the whole vibe was definitely of a more gentle and a pace that is not often found in today’s music market. Our favourite songs of the evening included I Only Want to Be With You, I Just Don’t Know What to Do With Myself – which she delivered the lyrics in the song so perfectly and she meant every line of the song. Closing my eyes to listen to her sing was soothing, those kind of vocals are rarely heard today.

Always Something There to Remind Me – written by the legendary Burt Bacharach sounded classy and we enjoyed her having a few light hearted jokes thrown Burt’s way! You’re My World was delivered in a calm and slow style, just as we expected and again it was lovely to hear her vocals sashay around each line in the song. Son of a Preacher Man will always get people dancing – if not swaying in their seats and this was no exception, the classic will never get old. Her encore included Island of Dreams and ended with her biggest hit – Just What I Always Wanted.

Mari is steeped in a classic and warm nostalgia. She had many devout fans in the audience and many of whom wanted their CD’s signed by her in the end. Listening to Mari is comforting and relaxing. We thought that her set could be made better if she interpreted more of a modern twist in to her style, whilst keeping with the songs and tradition that she is known for. I feel that this would open her up to a younger generation of fans and make her music more identifiable to another crowd. We really enjoyed listening to her and love the down to earth approach to her performance.

In this article:Mari Wilson, Pop Deluxe