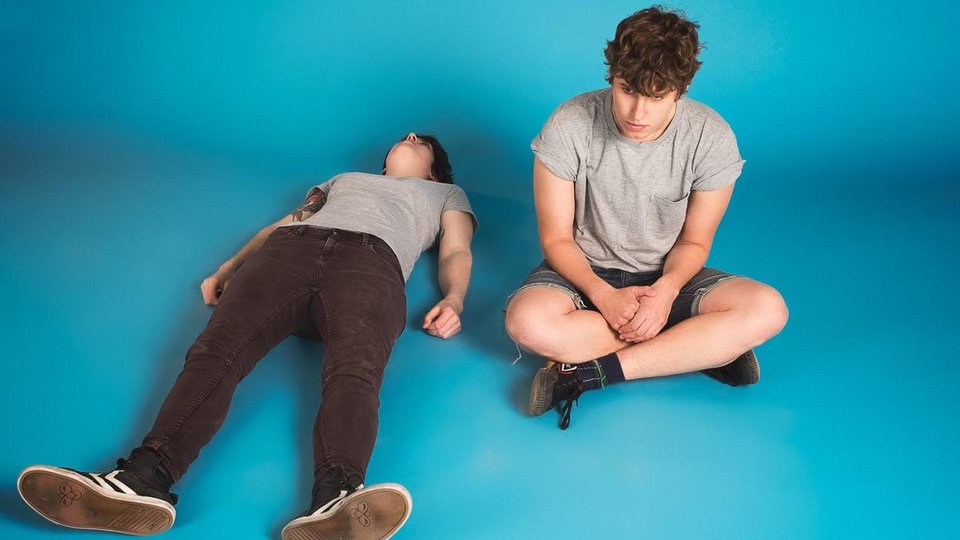 Lost Map Records
Glaswegian guitar-pop duo, Tuff Love have just embarked on their UK tour, which started in London last week and will end at The Great Escape festival in Brighton. The band makes its music in Suse Bear’s (bass, vocals) flat and are pretty hands on, self-engineering and self-producing. I speak to the band about its upcoming releases and TGE debut.
Can you introduce your act?
We are Julie and Suse and we are Tuff Love. Iain plays with us too.
What type of music do you do for anyone who hasn’t heard it before?
We make loud unassuming pop music.
Where can people find your music?
Our music can be found at most Tuff Love gigs. It can be bought from us on bandcamp or from Lost Map Records on the Lost Map website, and can be listened to on spotify and things like that. We also have some music videos on YouTube.
Are there any releases coming up?
We just released Resort, which is a collection of the three EPs we’ve put out over the last couple of years. Now we’re recording a new album.
What do you think makes The Great Escape such a great platform for new music?
There’s always good bands playing so people who go are up for taking a chance and going to see music they’ve never heard before. It gives you an opportunity to play to people who might not normally listen.
Have you played at the Great Escape festival before?
We played an unofficial gig last year. It was in a really busy sweaty venue and was quite chaotic and we had some some technical problems, so not ideal, but it was definitely an experience. Looking forward to playing this year though, hopefully it will be a little calmer.
Where and when can people see you at The Great Escape?
We’re playing at the Green Door Store at 19:15 on May 19th.
That’s our only official Great Escape gig, but then we’re also playing a Creative Scotland showcase at 13:30 on the same day at Brighthelm, and an Alternative Escape gig at 2pm on the 20th at The One Church. So lots of chances to catch a Tuff Love show.
How would you describe your live shows?
Melodic, loud and human. A different listening experience than listening to the recordings. Awkward chat and bad haircuts.
Is there anyone you hope to see at the festival?
Aldous Harding. We saw her when we were on tour recently and she was amazing, her voice is incredible and she’s really nice too. She lent me some codeine. Also if Mitski is playing then Mitski, but we’re not sure if she is playing.
The Great Escape takes place in Brighton and starts on Thursday 19th May.
In this article:TGE, The Great Escape, Tuff Love