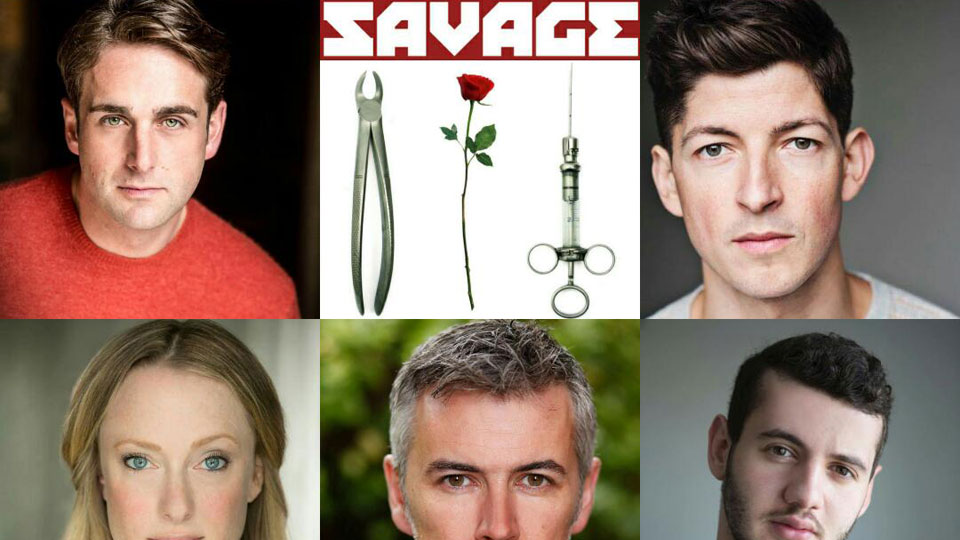 The creators behind stylish new drama and love story Savage, which uncovers the tragic tale of a Nazi doctor and his ill-conceived “cure” for homosexuality, are proud to announce the cast for the West End premiere production at the Arts Theatre.

In the late 1930s, Danish doctor Carl Peter Værnet discovered what he believed to be “the cure for homosexuality”, and was given a prominent post at the Nazi concentration camp Buchenwald. After the liberation by Allied forces, Dr Værnet was allowed to flee to South America, where he continued to experiment on thousands of live subjects, with the full knowledge of both the British and Danish authorities.

Savage will uncover the story of Dr Værnet and present it alongside a love story exploring how Dr Værnet’s “cure” might have affected the homosexual men experimented on. He remains largely unwritten about and unresearched, apart from a ground-breaking piece by Guardian journalist Peter Tatchell in 2015, who will be taking part in a post-show Q & A.

In this article:Above The Arts Theatre, Gary Fannin, Savage