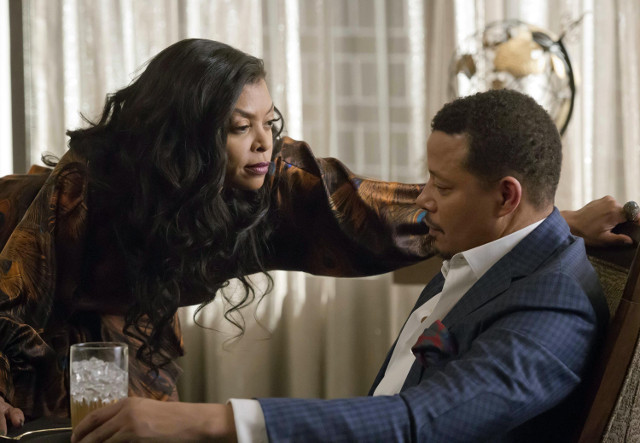 Anika (Grace Gealey) revealed her big baby news to a less than impressed Lyon family on the latest episode of Empire.

After buddying up with Rhonda (Kaitlin Doubleday), Anika wormed her way back into the family and dropped the bombshell that she was pregnant with Hakeem’s (Bryshere Y. Gray) baby. Lucious (Terrence Howard) attempted to pay her off but Anika refused to take his money.

Elsewhere Hakeem was voted out of Empire by the board following a very public blunder during a shareholder meeting, Jamal (Jussie Smollett) was manipulated by Cookie (Taraji P. Henson) to drop Freda (Bre-Z) from his album, and it was revealed that Lucious’ mother is actually still alive.

The next episode of the season is More Than Kin. Lucious boosts his campaign with a fundraiser, helped by Andre. Hakeem must decide whether he wants to be a father to his and Anika’s child.