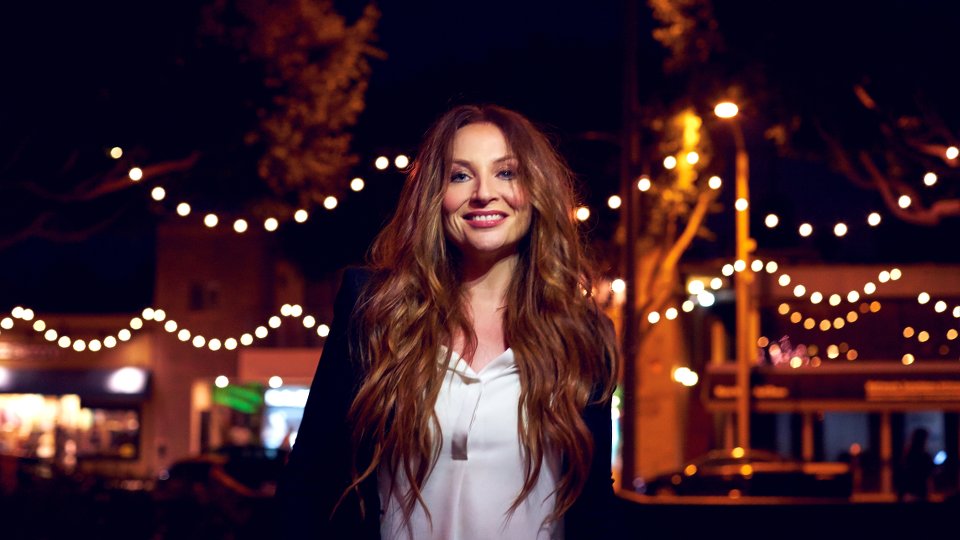 Judith Owen is a singer-songwriter and after seeing her live – may we add comedienne? Her new album is called Somebody’s Child, and she has worked with some of the finest Los Angeles session musicians on it, including bassist Leland Sklar, guitarist Waddy Wachtel and drummer Russell Kunkel and incorporating them with her British-based musicians, master percussionist Pedro Segundo and the quirky cellist Gabriella Swallow. Judith opened her album showcase by taking the time to address the passing of Prince. She said it was necessary, that she felt like there was an elephant in the room after hearing the news. We were all numb from hearing the news and Judith spoke about him with grace. It seemed fitting that we were in for a night of live music and entertainment at the very cool Hospital Club (a private-members hub for creative types).

Of the opening song, and also the title track of the album Judith says: ‘I was in New York, in the middle of winter, and I saw this beautiful young woman, about nine months pregnant, barefoot in the snow, wearing a trash bag, that was all she had, stomach out and in a state. I was crossing the street, with everybody else, trying to avoid her, when I thought, “That’s somebody’s child, and if my life had been different, that could have been me. Or any of us! We’re all so dehumanized, and this whole record is about reconnecting with our humanity, really seeing what’s around us, discarding, even if it is just for a moment, our constant state of denial.” Lyrically beautiful, it is a great opening song and it makes you realise the depth that Judith has as a songwriter.

There is no doubt about it that Judith has a big heart. Her humble and down to earth approach throughout the gig was so lovely and refreshing to see. In between songs, she spoke a lot and really connected with the audience. After seeing her live, one could almost end up calling Judith a comedienne who sings! She is absolutely hilarious. Listening to her songs alone is not enough, you have to see her live to capture what she is about. Incredibly sharp and witty, Judith gives an all-round performance. Poking fun at her husband and topics that we can all relate to in between her songs makes her instantly likeable. We were laughing so much that we almost forgot that it was an album launch and not a stand-up gig!

The songs on the new album are melodic and peaceful, although a lot of them are what you may call ‘samey’ in feel, after a while, they kind of blend, as they all seem to have a very similar sound and style. We guess its the lyrical storytelling that sets the songs apart, rather than the tone and style of music. Songs about the Berlin Wall, songs that state that people are obsessed with technology and about seeing the bigger picture in life.

“Mystery’ is probably the most honest love song I’ve ever written. How any of us ever find love in the first place is hard enough; how any of us stay together is the true mystery” she gleefully admits. “There’s no planning to it. The last verse, which is the most important – ‘It takes patience, it takes time, today we might quarrel, tomorrow we’ll be fine’ – is the point of it all. It’s the rough with the smooth.” Mystery was again delivered in her true perfect comedy style. We could have listened to her talk all night. Almost every other word that came out of her mouth was funny, if not poignant. We loved listening to her.

Somebody’s Child has many great, storytelling moments. Seeing Judith live is what entertainment is all about, added with her very talented musicians, you can’t but not think that a Judith Owen’s gig is somewhat a pure and gorgeously funny delight.