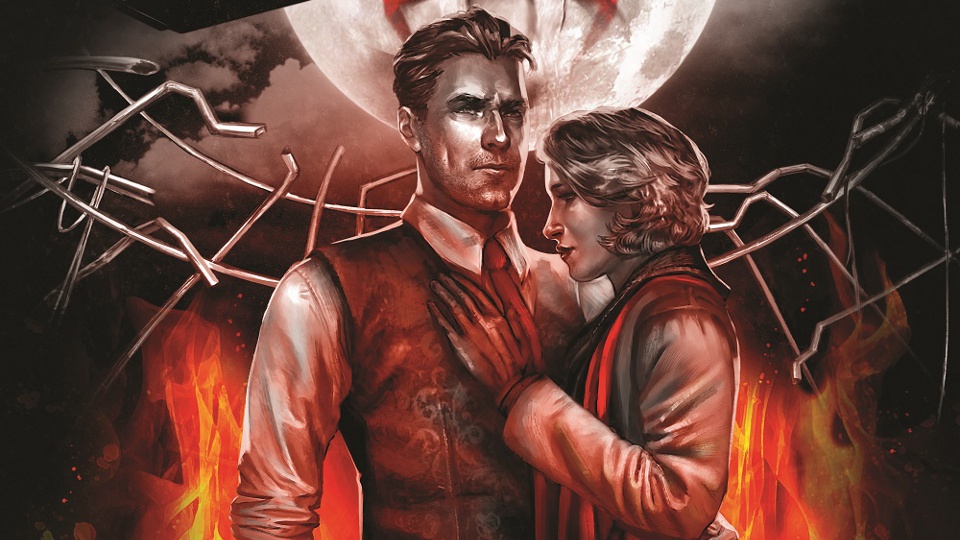 © A Crowd of Monsters

The thing I hate about episodic gaming is having to wait before I can get stuck into the next episode. When I reviewed the first episode of Blues and Bullets I really enjoyed it but sadly it’s been an eight month wait for the second episode to arrive. That’s a long time and apart from remembering that I enjoyed the first episode I actually struggled to recall much about the story.

Thankfully the episode opens up with a recap of events from the opening episode and there was just enough to jog my memory. The second episode continues the story set out in the first and players once again step into the shoes of Eliot Ness.

Before you can get back to investigating the disappearance of Al Capone’s granddaughter, the game makes you play through a flashback scene. It gives some more background on Eliot’s character. The memory is of a particular date he went on with Delphine, the wife of his friend and partner, Jim Dockers.

Watch the trailer for Episode 2 below:

After the flashback you’re back on the trail of the missing girl. It’s hard to talk about it too much without spoiling things. The episode is more of the same elements from the first. Much of your time is split between talking to characters, exploring the environment for clues and taking part in shootouts.

The strongest part of the game is the way the developers have emulated being a detective. As you explore a crime scene you pick up clues and find yourself with questions to answer. The clues must be sorted and placed against the correct questions on a virtual pinboard.

The voice-acting is again excellent with Doug Cockle (Geralt, The Witcher 2 & 3) and Jules de Jongh (Faith, Mirror’s Edge) both returning. During conversations with characters you are given multiple choices to influence the story. However your choices don’t always feel that important and I hope that decisions may have a greater impact later in the season. At the end of the game you can see what decisions other players made at key points in the story.

Check out some screenshots from Episode 2 below:

I loved the visual style of the first episode and was pleased to see it retained for the second. Everything is again in black and white with the use of red as a contrast to make things stand out. It looks fantastic but occasionally suffers in very dark scenes making it hard to see what is going on.

The second episode takes around two hours to play through and most will do so in a single sitting. As it’s mostly about the story there are very few choke points and nothing particularly taxing. The game wants you to keep progressing and it risks being too easy to keep some gamers interested.

If you enjoyed the first episode of Blues and Bullets you’re going to enjoy this one too. The story has me intrigued and I look forward to seeing how it plays out. Hopefully the developers won’t leave us waiting quite so long between the final three episodes of the season.

In this article:A Crowd of Monsters, Blues and Bullets, PC, PS4, Xbox One