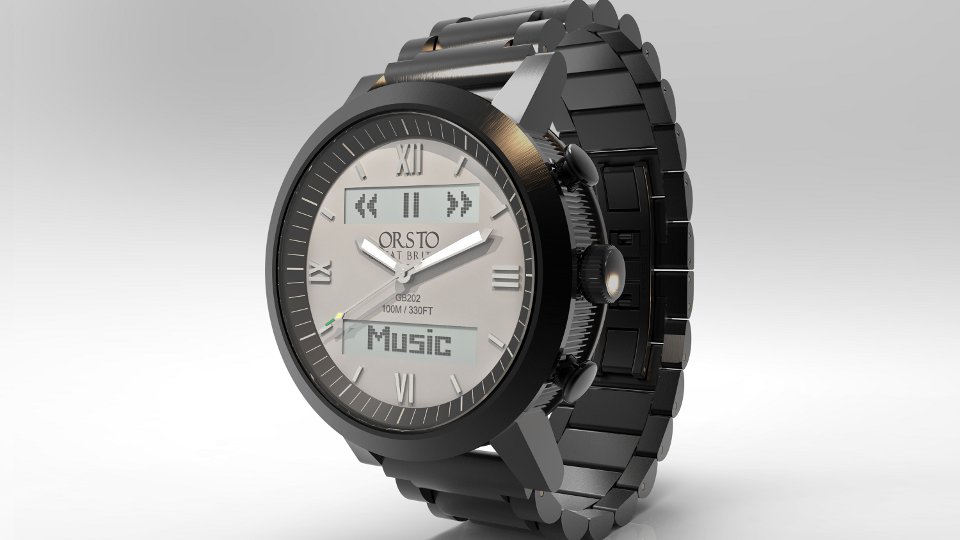 SmartWatches are one of the most popular must-have tech gadgets at the moment. There are so many different designs to choose from and many have started going the way of the SmartPhone with full-colour touch screens. Sadly a lot of these new SmartWatches seem to have neglected that they are replacing the wristwatch and also come with the downside of limited battery life.

ORSTO Ltd. are hoping to change that by crafting products which exemplify iconic British design and fine craftsmanship. The company have announced the launch of a new range of premium analog SmartWatches that aim to shake up the wristwatch and wearable technology industries.

So far this year, ORSTO has launched four fitness/sports models which are described by company representatives as “sophisticated hybrids of traditional quartz watches,” with a new fifth model range known as the Finesse 500 being specifically designed for women.

According to ORSTO representatives, this unique fusion of traditional horology and smart technology flies in the face of the current trend of smartphone manufacturers bringing to market “mass-produced, relatively low-cost” touchscreen smartwatches.

“It’s really no surprise that this new breed of hybrid watches should be born of ORSTO, which has been designing and developing smartwatches for a good few years now while also boasting unrivaled R&D experience in wrist-based wearables,” states ORSTO CEO Paul Gill, who is also a respected design engineer with 36 years of industry experience to his credit. “This R&D expertise includes five years of daily real world testing of many different types of wristwatches and wearable tech, such as simple (i.e. no display) tracking devices, quartz analog watches, Bluetooth (touchscreen) smartwatches and Android standalone (touchscreen) smartwatches. Perhaps even greater is our added advantage of being based in Great Britain, which boasts an enviable and proud history of producing some of the world’s best timepieces, dating back to the early 1800’s.”

ORSTO now offers five ranges of remarkable wristwatches that its representatives believe are the future of smart wearable technology for “serious and savvy wristwatch wearers,” and which encompass the Contemporary 100 Range, the Classic 200 Range, the Navigation 300 Range, the Diver 400 Range and now the Finesse 500 Range. Each ORSTO analog SmartWatch model is designed and built to look, feel and function as a high-end traditional British wristwatch, but with the convenience and benefits of boasting outstanding smart functionality if or when users need it. As a result, the company’s engineers have created desirable hybrid watches that strike the perfect balance of classicism and modernity, being described by company reps as “exquisite, iconic British designs with timeless appeal.”

As well as telling the time and looking great, the ORSTO range is designed to be paired with your iOS or Android SmartPhone (Windows Phone and Blackberry are coming too). The water resistant watches are packed with features including seven-month battery life, incoming call notification, message notification (Email/SMS/Social Media), alerts and reminders as well as camera and music control. There’s even activity and sleep tracking features which can be accessed on the watch or via the SmartPhone app.

ORSTO watches are designed in Durham, United Kingdom, with an assembly plant in Switzerland recently opened to cope with the overwhelming demand for the products.

EF will be bringing you a review of the ORSTO SmartWatches later this month. Check out the official ORSTO website for more information.