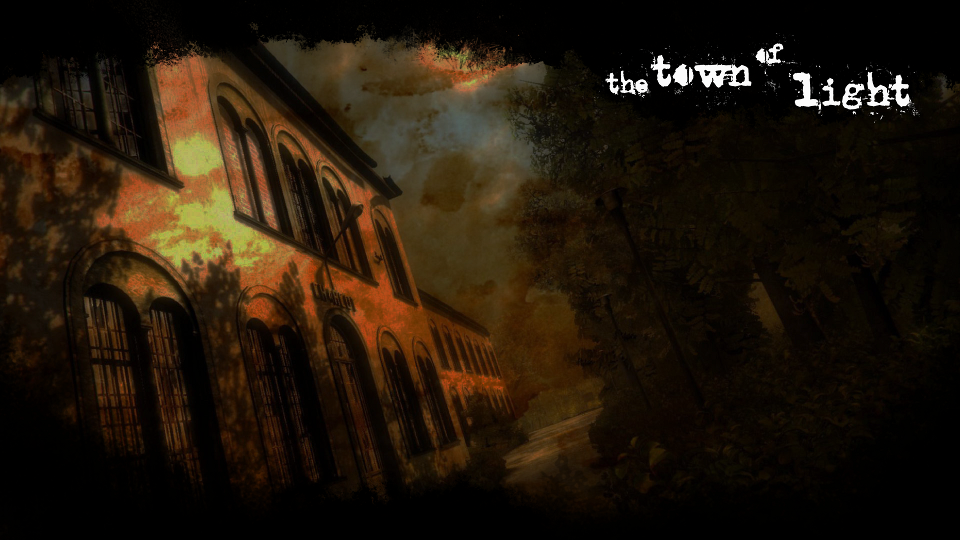 One of my favourite things about indie developers is that they aren’t afraid to take risks and try something new. With The Town of Light the developers have managed to create an experience inspired by real-world facts and events that is both absorbing and difficult to watch.

The Town of Light is set in late 1930’s Italy and uses a meticulously recreated Volterra Psychiatric Asylum as its location. This was a real asylum and one of the biggest in Europe. It was finally shut down in the 1970’s after the Italian government passed a law instructing all asylums to close and give patients their civil rights right.

While much of it is based on research and historical facts, the story actually follows a fictional 16-year-old girl named Renée. She suffers from the symptoms of mental illness and is looking to find what happened to her in the past. This is done by exploring the Asylum and surrounding area where sadly, she spent most of her youth.

The Town of Light is described as a first-person psychological thriller. Being set in an Asylum you’d be forgiven for expecting a full-on horror game but there are no jump scares, psychotic enemies or combat here. Instead the horror comes from the story and knowing that you’re in what was a real place and the terrible things they used to do to patients actually happened.

The harrowing subject matter, which also include sexual abuse, rape and torture, make The Town of Light a very difficult game to play. Actually, describing it as a game almost feels wrong as it’s more of an experience. It’s also one that stays in your mind long after you play and it’s hard not to be affected somewhat by the experience.

Your path through The Town of Light is mostly predetermined and very linear. The majority of your time is spent walking around, exploring the Asylum and surrounding grounds, listening to Renée’s thoughts and examining items. The gameplay is simple, there’s no inventory, health bar or weapons. At most there are light puzzles but these are usually prompted by Renée herself. She often points you in the right direction and explains what needs to be done next.

Based on what she says you might need to work out which location to head to next. Looking on the handy Asylum maps on each floor shows you where you are and where the many other rooms are located. There is actually very little freedom to go where you want as the game often restricts your movement to a small number of rooms. When you are expected to move on then you’ll find a new door has opened.

In between the walking parts of the game the story is progressed by using hand-drawn images. Many of these are quite disturbing and are mostly used to handle the toughest material. Other parts of the game place you in slightly interactive hallucinations where you might only be able to look around a tiny amount. These do give you a hint of the feeling of what it must have been like to be drugged up on meds and restrained.

At some points in the story you do get to make some choices. Your decisions do have a slight impact on the story and the direction in which it goes. These elements add a little replayability to the game should you want to go through it again.

The game will take most people 3-4 hours to play through the first time. If you’re really keen to explore every single thing then you can probably add another hour or two to that figure.

The Town of Light is an emotional game that is tough to play through. There’s little challenge to be found here and definitely nothing which can be described as fun. However it’s a very well crafted experience and it’s one that I’d urge people to take.

Check out The Town of Light launch trailer below:

Advertisement. Scroll to continue reading.
In this article:PC, Steam, The Town of Light