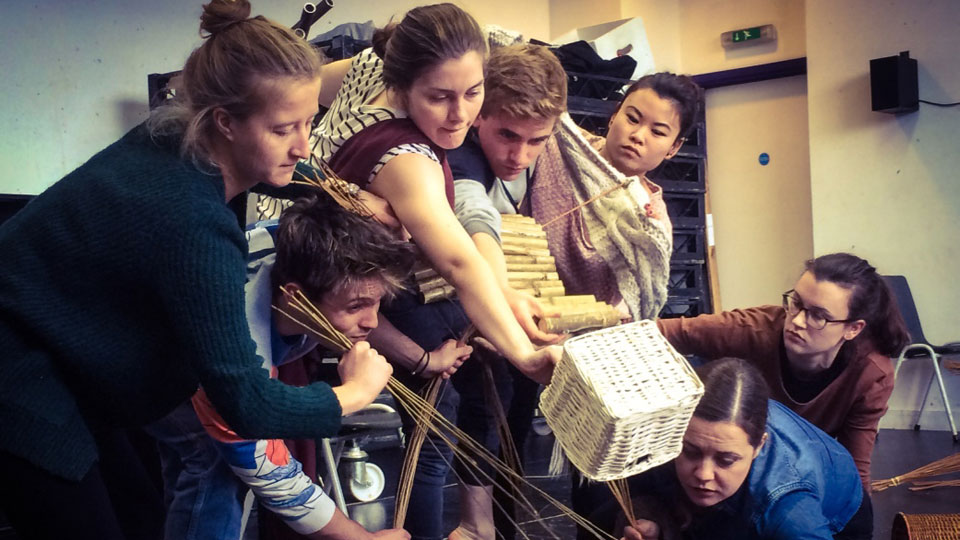 The team behind The Wicker Husband a folk musical have launched an online crowdfund for further development of the project.

The support has been overwhelming so far, and the creative team is optimistic they will reach their goal of £9,500 by the end of the campaign on 2nd April.

The Wicker Husband is based on an original short story by Ursula Wills-Jones. It is a folk musical adapted by composer Darren Clark and bookwriter Rhys Jennings. With help from director/dramaturg Charlotte Westenra, the Unicorn Theatre, the Little Angel Puppet Theatre and the Royal Welsh College of Music and Drama, material has already been through a series of workshops with actors, musicians, students and puppeteers.

The money and support raised through this crowdfund will strengthen and subsidise a bid to the Arts Council to undertake a series of workshops.

Unlike most conventional musicals, The Wicker Husband a folk musical, will feature a score influenced by the best of British folk music – performed by an on-stage band of actor-musicians. The story borrows heavily from British and Scandinavian folklore and this will be reflected in its musical language. It will also feature puppetry: with an on-stage landscape populated by human actors, the title role of the Wicker Husband will be played by a full size puppet made of wicker. He will be operated by three puppeteers using a traditional style of puppetry known as ‘bunraku’. Other puppet characters will also feature, including a little wicker dog (called Basket!) and a monstrous lady woven from thorns.

Combining folk music and musical theatre is an interesting fusion in itself. Both are a medium of storytelling-through-music and have a lot to offer one another. But the fusion of puppetry and basketry is what sets this project apart. These two ancient crafts both give life to the inanimate, and The Wicker Husband, a folk musical will possess a magical quality thanks to this collaboration of basketmakers and puppeteers.

There are a number of incentives in place to encourage donating to the project’s development, including:

• All UK residents who donate over £5 will be entered into a general raffle for £160 worth of vouchers, donated by Theatre Tokens and the Society of London Theatre, Waterstones, Cafe Rouge and Boots.

• All UK actors who donate over £6 will ALSO be entered into an actors-only raffle to win a package worth over £500. This includes free headshots with Samuel Black Photography, 2 years’ free membership to the Actors Guild, 6 months free membership (+£15 Workshop Credit) to the Actors Centre, 2 months free membership to Dramanic, £150 off a tax return for new clients with Theataccounts, a free showreel editing package from Casting Workshops, a free 1-on-1 Shakespeare workshop with Charlotte Westenra, a free 1-on-1 Career Development workshop with Oliver Powell, and a copy of Contacts 2016 donated by Spotlight UK.

• A hand written thank you card, a signed copy of the rehearsal script, private online access to music in development, and invitations to the puppetry and industry showings.

• Anyone who contributes over £1 will be welcomed into “The Wicker Family”, and will be kept up to date with progress as the work develops.

The crowdfund can be found at http://bit.ly/wickerhusband.

Advertisement. Scroll to continue reading.
In this article:The Wicker Husband