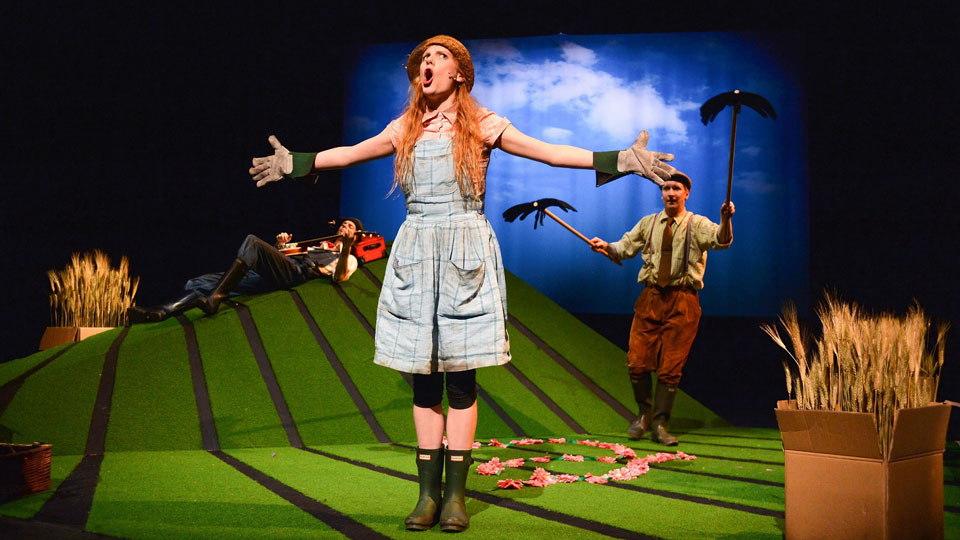 Scamp Theatre presents their latest production, a truly heart-warming adaptation of The Scarecrows’ Wedding, based on the book by Julia Donaldson and Axel Scheffler, playing in the West End at Leicester Square Theatre from Saturday 9th July to Sunday 4th September 2016.

Betty O’Barley and Harry O’Hay are excellent scarecrows. Harry loves Betty, and Betty loves Harry – so they decide to get married. Harry sets off to search for their wedding day essentials including a dress of feathers, a bunch of flowers and a necklace made from shells. However, when the farmer notices he is missing a scarecrow, he replaces Harry with the devilishly smooth but dangerous Reginald Rake. Dashing, daring and ever so cool, can Reginald persuade Betty that he is the scarecrow for her? Will Harry make it back in the nick of time before Reginald ruins their special day?

Scamp Theatre was founded in 2003 by award-winning international producers Jennifer Sutherland and Louise Callow. Scamp brings a range of theatrical live performance to audiences of all ages, with a focus on adaptation, particularly in children’s literature. Scamp is best known for their stage adaptation of Julia Donaldson’s Stick Man, which has played five consecutive Christmas seasons at Leicester Square Theatre and toured all over the world. Scamp believe in creating playful and innovative theatrical experiences that not only startle and entertain but also encourage children and young people to use their imaginations.

The Scarecrows’ Wedding is directed by Eva Sampson.

See www.leicestersquaretheatre.com  to book. See the trailer below.

In this article:The Scarecrow's Wedding