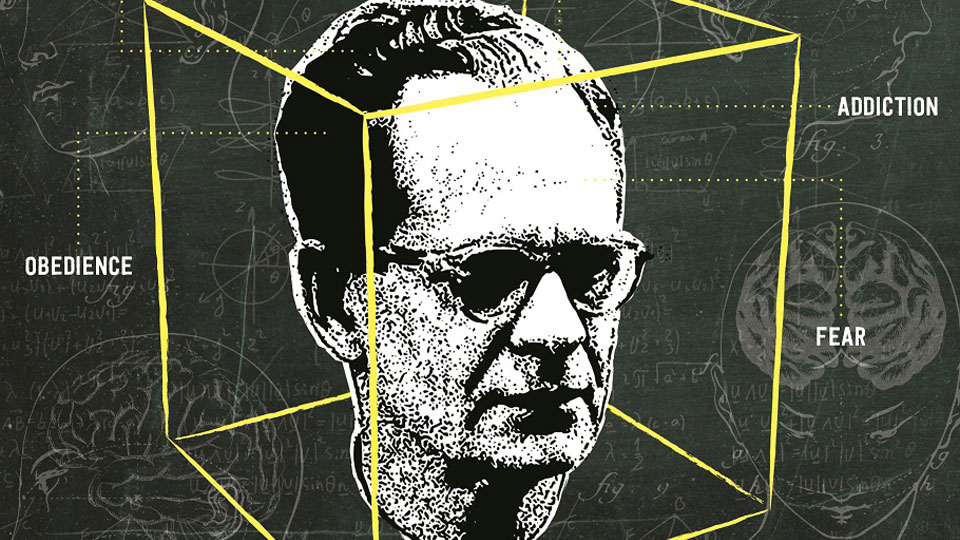 Opening Skinner’s Box is a new production adapted by Improbable which marks twenty years since the company’s inception. Directed by Phelim McDermott and Lee Simpson, co-founders of Improbable, this production will play at Northern Stage, West Yorkshire Playhouse and the Bristol Old Vic. Previewing from 22nd April at Northern Stage.

Inspired by the mesmerising book by Lauren Slater (published in 2004), Opening Skinner’s Box is a whistle-stop tour of the scientific quest to make sense of what we are and who we are, told through ten great psychological experiments and the stories of the people who created them.

‘Why do we love? When would we kill? How do we learn? Why do we believe in the unbelievable? What is memory? Why do we keep doing things that hurt us?’

These were religious and philosophical questions until about a hundred years ago; then science joined the conversation. According to science, pretty much everything we think about ourselves is wrong.

Following recent success with their first ever Shakespeare production, The Tempest, Improbable returns to Northern Stage before taking this brand new production to West Yorkshire Playhouse and at Bristol Old Vic as part of Mayfest.

The Wexner Center for the Arts at The Ohio State University is lead commissioner of Improbable’s Opening Skinner’s Box through its Artist Residency Award programme. The work is co-commissioned by Lincoln Center Festival, New York and the Brisbane Festival where the production will tour later this year.

Improbable is one of the UK’s most inventive companies with recent projects ranging from the hugely successful opera Akhnaten at ENO to their first ever Shakespeare production in The Tempest at Northern Stage. From intimate, small scale works such as the seminal 70 Hill Lane, to the pioneering and hugely influential Lifegame and massive outdoor spectacles like Sticky, Improbable’s work is always highly original and entirely unpredictable. The range of projects in their 20th year shows there is no let up in the search for new and theatrically exciting ways to tell stories making these shows a fitting celebration of their many achievements.

Advertisement. Scroll to continue reading.
In this article:Opening Skinner’s Box