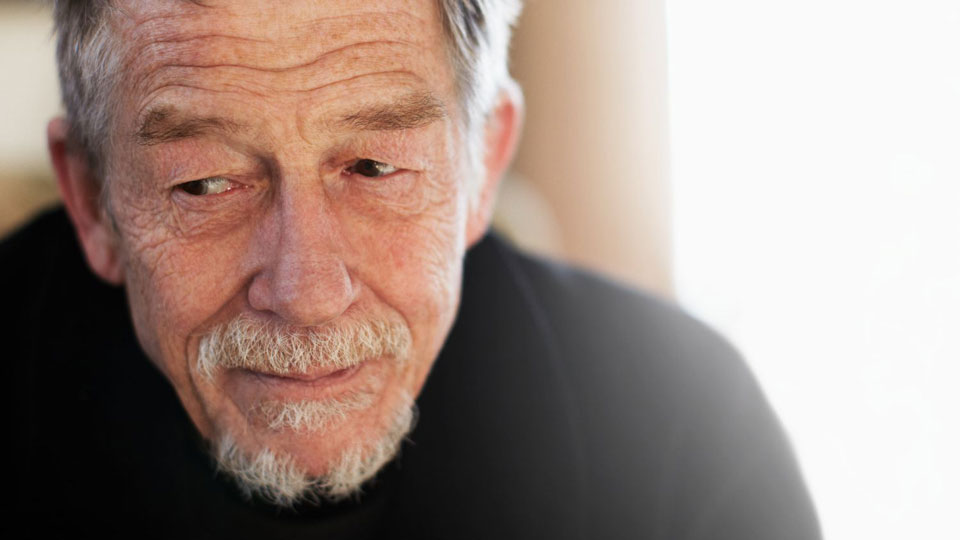 John Hurt will return to the London stage for the first time in a decade as legendary patriarch Billy Rice opposite Kenneth Branagh, who as previously announced, will play the unforgettable Archie Rice in Rob Ashford’s production of John Osborne’s The Entertainer, which will mark the final production in the Kenneth Branagh Theatre Company’s Plays at the Garrick season. John Hurt was previously seen in Gérald Sibleyras’s Heroes at the Wyndham’s Theatre in which he gave an outstanding performance alongside Ken Stott and the late Richard Griffiths.

Also joining the company will be Jonah Hauer-King as Frank Rice, Sophie McShera as Jean Rice and Greta Scacchi as Phoebe Rice. The Entertainer will play at the Garrick Theatre from Saturday 20th August until Saturday 12th November.

Set against the backdrop of post-war Britain, John Osborneʼs modern classic conjures the seedy glamour of the old music halls for an explosive examination of public masks and private torment.

In partnership with Picturehouse Entertainment, The Entertainer will be broadcast live to cinemas worldwide in the autumn. The date of the broadcast will be announced soon. Participating cinemas and further information about Branagh Theatre Live can be found at branaghtheatrelive.com

Rob Ashford said: “I am really looking forward to working on this play. I find The Entertainer riveting and in my opinion there is no better group of actors to bring it to life.”

John Hurt said: “I am thrilled to be invited to play Billy Rice in this production of what I believe to be one of the great plays of the twentieth century. This has been a wonderfully successful season for Ken Branagh and his company, and I feel proud and privileged to be joining them.”

Greta Scacchi said: “I am thrilled to be working opposite Ken at last! I have known him since the start of our careers 30-something years ago and, although we played husband and wife in a radio play 5 years ago, this will be the first time we are on stage together.”

The Winter’s Tale, Harlequinade / All On Her Own, Red Velvet, The Painkiller, Romeo and Juliet and The Entertainer make up the seven-play season of work for the Kenneth Branagh Theatre Company. For more information please see branaghtheatre.com.

In this article:John Hurt, John Osborne, Kenneth Branagh, The Entertainer