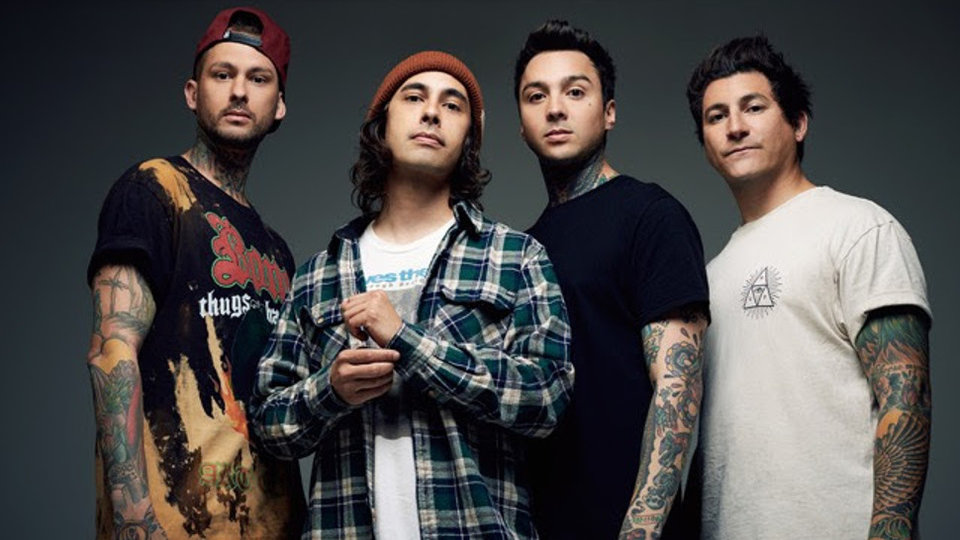 LA based band Pierce The Veil are set to release their anticipated new album, Misadventures on 13th May through Fearless Records. Misadventures is the follow-up album to Pierce The Veil’s debut Collide with the Sky, which debuted at number 12 on Billboard Top 200 Albums chart and number one on the Rock, Hard Rock and Modern Rock/Alternative Albums charts.

The first single taken off the album is Texas is Forever, which Pierce The Veil confess is the fastest song the band has ever played but also a punk-flavoured song going back to their roots.

Pierce The Veil’s, Vic Fuentes/vocals, guitar, Tony Perry/guitar, Jaime Preciado/bass, and Mike Fuentes/drums, decided to work with Dan Korneff who co-produced, Collide and recorded at his Long Island studio Sonic Debris on and off between Summer 2014 and Summer 2015.   “It was exciting to do another record with Dan,” said Vic.  “We had gotten to know him really well on ‘Colllide,’ so there wasn’t that initial period where you’re trying to get to know each other.  We just dove in and started to make music right away.”

Only six years ago, Pierce The Veil were playing small clubs and small stages at festivals and now fans are lining-up to see the band live.

Misadventures’ tracks cover an variety of topics, which include self-worth and an individual’s ability to shine, the dream of leaving everything behind while you run away with the one you truly love, the challenge of outrunning betrayal, and undefined relationship, and the horror of 2015’s Paris attacks.

Today I Saw the Whole World

Album tease for Misadventures is below:

Advertisement. Scroll to continue reading.
In this article:Pierce The Veil