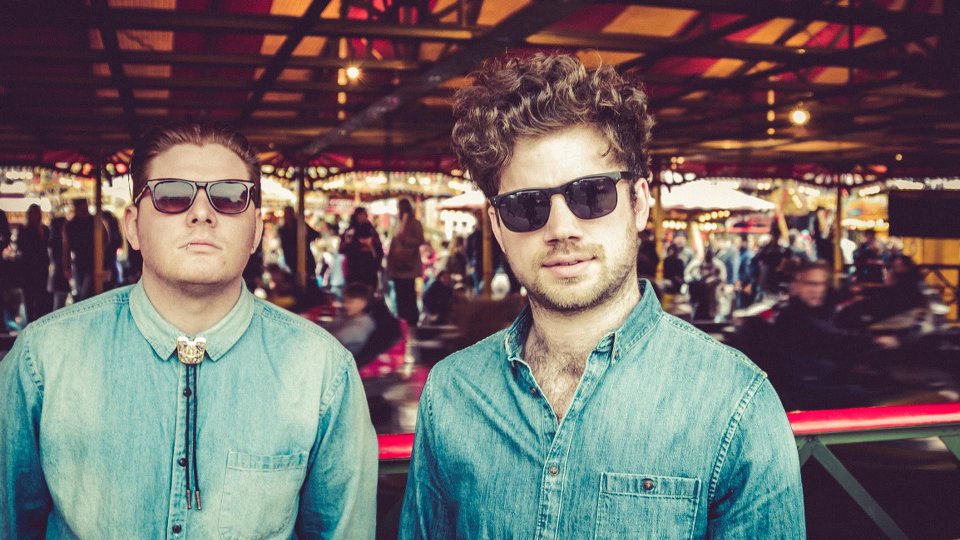 Holloway Road is Jack Cooper and Robert Gulston, who hail from Southend-on-Sea and the duo are making waves as a homegrown Country music act.

Following the release of their new song Little Harder, the band performed at C2C: Country to Country this weekend at The O2 Arena in London. It was their second year performing as part of the festival and they appeared on two of the pop-up stages around the venue.

I caught up with the boys to talk about being part of C2C, discuss Little Harder, and find out what else they had coming up this year.

How are you guys today?

How has C2C treated you this year?

J: Amazingly well. We couldn’t believe it. Last year it was just us two on the Big Entrance stage and this weekend we’ve got two full band shows.

Have you noticed any change in audience size from last year to this year?

R: Yeah majorly. We seem to have picked up a bit of a buzz this year, which is great. We’ve worked hard throughout the year but it’s still a bit of a shock.

As a band on the rise, how important it is for you to be part of something like C2C?

R: Hugely important. I feel like this is the hub, the yearly event that everyone comes together at. Everyone is here and it’s an amazing opportunity to get your name pushed further just by even being on the bill. Thousands of people get to know your name.

J: Even if people don’t know who you are, they might walk past and catch your set. This is the target audience – they’re all Country fans so it’s a good opportunity.

Which stages did you play on this year?

J: We did the Town Square stage and the Brooklyn Bowl.

Is the Brooklyn Bowl show one of the biggest that you’ve done?

J: Depending if people come and watch then I guess so (laughs).

R: We are up against Chris Stapleton (in the main arena).

You recently released the stream of your new song Little Harder. What’s that song all about?

J: I went through a break-up six months ago. One day I just got really angry about it and that song just came out.

R: There were ways in which it related to both of it.

J: I think the whole point of the song was that I was feeling like it (the relationship) was very one-sided and at that time I was very angry.

R: It was one of those songs…you can be sat in the studio for weeks struggling with it but wanting to persist…this one just came together in an evening. It really didn’t take that long to put together.

J: Rob was going through something at that time as well…

R: It just gelled very quickly. It’s quite close to us.

Is there an EP or an album up next from you guys?

R: It will be off our upcoming new EP, which will be out in the next couple of months. We can’t say much more than that I’m afraid. It’s the leading track off that.

J: We’re doing festivals. We’ve got a tour with Dexeter that kicks off at the end of this month…

R: 26th March through to April. That one’s a full band for us so that should be fun. After that we’ve got festivals…

J: We’re going to do some stuff with Jess and the Bandits and the Pauper Kings.

How would you describe your music to our readers that haven’t heard it yet?

R: Fun! We think it’s really important to put across in our music that we’re having a great time making it and playing it. I hope it sounds like we’re having a good time.

Holloway Road will be on tour with Dexeter from 26th March 2016 and you can view all dates at www.hollowayroadmusic.com/#!tour/cpp3. Listen to the band’s latest track Little Harder below:

Advertisement. Scroll to continue reading.
In this article:C2C, Holloway Road