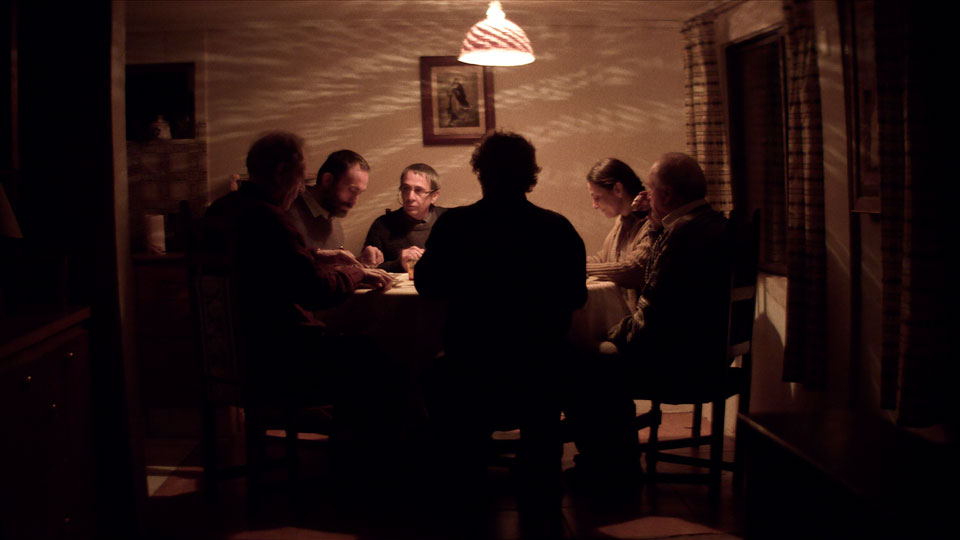 The Club is the latest film by Chilean director Pablo Larraín, whose previous work includes NO, the feature about bringing democracy to Chile that starred Gael Garcia Bernal.

What happens to those priests who have committed crimes or met with the disapproval of senior clergy and are removed without trace from their parishes? The Club follows the lives of a small group of disgraced priests who live together in a bleak seaside town and build a life that is regimented by strict discipline inside the house at the hands of Mother Monica (Antonia Zegers), with dog racing providing a leisure pursuit. However, their unremarkable lives of solitude are shattered by the arrival of a new priest – Father Lazcano (José Soza)  – who is known to a younger man within the community. As Lazcano’s crimes are brought painfully to the surface, the resulting fallout threatens to destroy their privacy and isolation and force them to confront their own repressed demons.

Pablo Larraín’s film achieves its effectiveness by building and sustaining an atmosphere of brooding menace and distrust. The bleached colours, grey setting, dreary location and muted costumes combine with slow zooms and pans to create a wholly believable setting of washed-up humanity where secrets remain buried and lives pass without living. There are a few shocking moments of brutality that jolt the audience out of the mundanity surrounding the lives of shame, as well as a lacing of jet black humour. The Club neatly encapsulates the paranoia, neuroticism and stifling control endemic to the Catholic cult.

The excellent characterisations and performances make The Club a memorable and potent film. All of the actors are perfectly cast, but a few are of particular merit. Alfredo Castro is very sympathetic as Father Vidal, whose only ‘crime’ is his homosexuality, and his absence of self-reproach proves enough for the church to hang him out to dry. His affection for dogs leaves him the most immediately accessible and humane of the priests, though a dark side to his personality is revealed later, and Castro exudes buried pain, dignity and bitterness in turns, and always with complete conviction. Marcelo Alonso keeps a cool, detached presence as Father Garcia, the ‘new’ type of young priest brought in to decide on the fates of the largely abandoned household inhabitants.

It’s Roberto Farías as Sandokan whose role is the most troubling of the film. A fervent believer and more than a little simple, the hirsute, shambolic Sandokan is also a victim, having been molested and raped by clergymen as a boy. Now though, he’s a grown man, but the darkness of his past still profoundly impacts  and handicaps his life, and he merges affection and abuse, faith and torture. Only one thing is clear: the peaceful lives of the priests cannot co-exist with the presence of the tortured Sandokan.

The Club is an uneasy film that raises many issues about how we define morality, and how tetchy, especially in the modern world, is the relationship between secular and religious laws and morality. The film is never predictable, either in its worldview or in its plotting, but allows the audience to consider the often-disturbing questions it raises. There is a weakness in the resolution, which, perhaps in-keeping with the film’s deliberate avoidance of signposting, comes out of nowhere and isn’t entirely satisfactory, but the cruelty of it nevertheless gives an emotional punch.

The Club is the kind of film that will resonate for some time afterwards as its ambiguities tease out different thoughts and responses. Pablo Larraín has established himself as a director whose work will always challenge and reward, and so he continues to prove with The Club, which is released in cinemas on 25th March. Check out the trailer below.